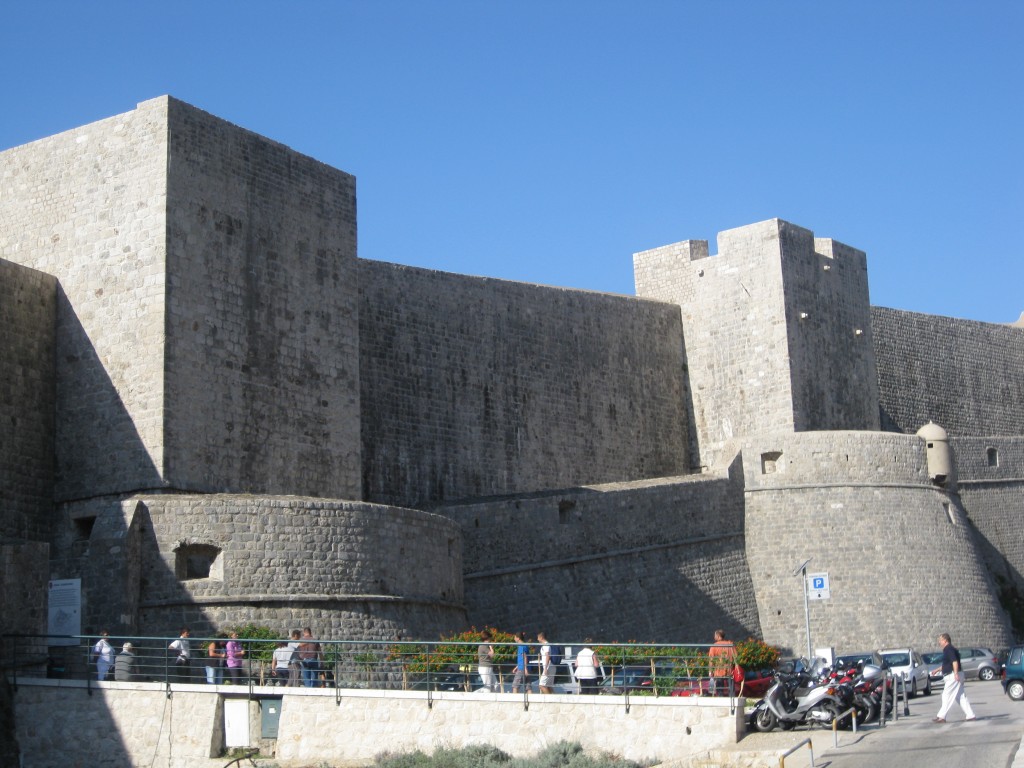 Dubrovnik, a UNESCO World Heritage Site, is called the “Pearl of the Adriatic”. Situated on the Dalmatian coast, this late-medieval Old Town of Dubrovnik is protected by walls that run uninterrupted for 1.2 miles (6,360 ft) in length and reach a maximum height of about 82 ft. We entered the walls at the Gate of Pila and walked the entire stretch to be treated by unforgettable panoramic views of the rugged cliffs, turquoise sea, old streets, and the reddish-brown terra-cotta roofs.

Since cars are not allowed in the Old Town, Rohan had a blast just running along Stradun, a limestone-paved pedestrian street that makes a good place for shopping, eating and people-watching! We swam in the warm waters of Banje beach outside the Old Town; this pebble beach provided a spectacular view of the city walls. 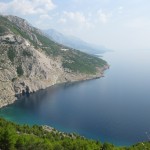 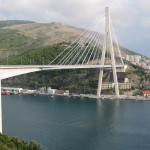 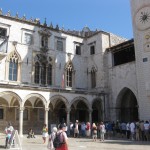 The Sponza palace and the Bell Tower 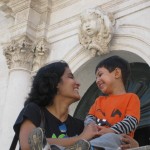 Having a good time outside the doorway to the Church of St. Blaise 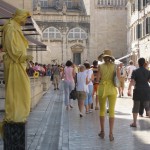 Just made for each other… … 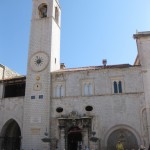 The town’s Bell Tower… …has to be wound every two days! 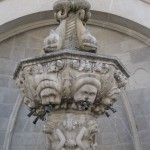 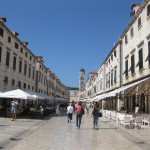 The Stradun… …the happening street in Old Town Dubrovnik 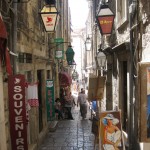 Dubrovnik has numerous such narrow alleys with a lot of steps 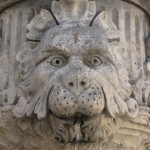 Maskeron of a not-so-famous fountain 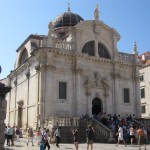 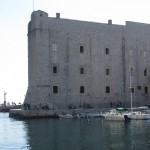 St. John’s Fortress, protecting the entrance to the port 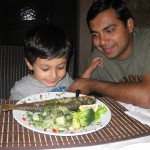 Rohan just can’t wait to dig into the Sea Bass 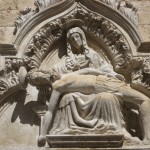 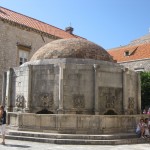 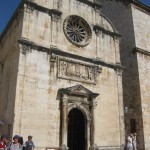 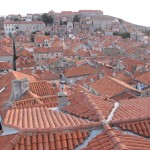 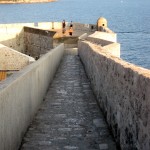 Walking the mile and quarter stretch along the Walls of Dubrovnik…. …amazing views of the Adriatic Sea 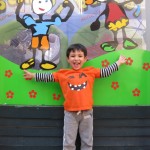 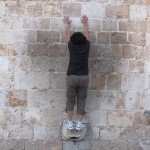 The story goes… …whoever can climb this stone and maintain his/her balance, will have his/her wish granted! 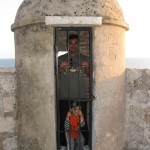 Not sure what this room on the city walls was used for… …lookout room or prison room? 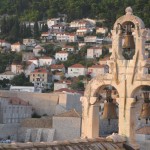 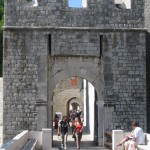 Ploče Gate—one of the gates into the walled Old Town 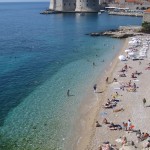 Banje beach… …a pebble beach just outside the walled city 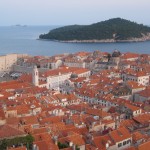 View from the highest point (Minčeta Tower)—we walked the mile and quarter stretch along the Walls of Dubrovnik. 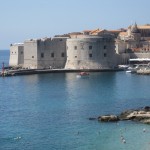 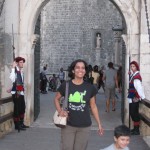 Playing tag outside the city gate… …some entertainment for the guards. 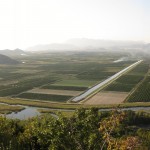 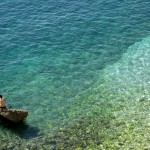 A mermaid, sitting on a rock… …