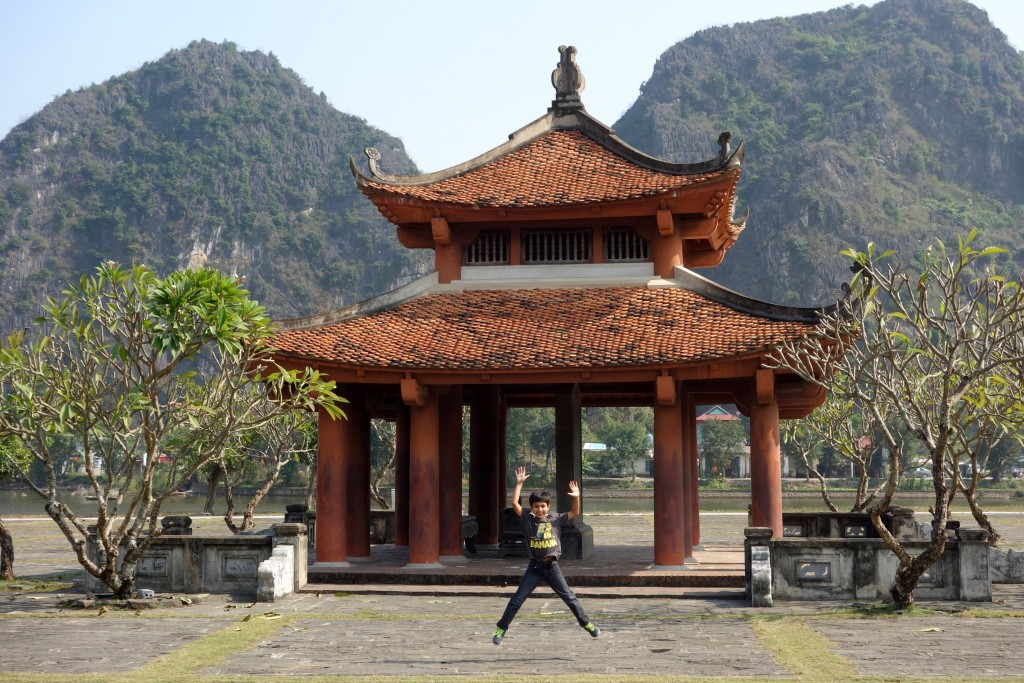 Supposedly, the location from where Đinh Bộ Lĩnh, the first emperor of Vietnam, announced the liberation of Vietnam from the rule of the Chinese Southern Han Dynasty

Hoa Lư, 62 miles south of Hà Nội, used to be the capital of Vietnam in the 10th and 11th centuries. It’s location was considered impregnable due to the towering limestone mountains around it. We visited this city as a part of a day tour combining it with Tam Cốc (“three caves”)—both of which are a part of Tràng An Scenic Landscape Complex (a UNESCO World Heritage Site).

Not much of the ancient capital is left any more. In fact, even the two famous temples here were built in the 17th century modeled after their 11th century originals—these temples are the Temple of Đinh Tiên Hoàng, the first emperor of Vietnam (reigned from 968 – 979 AD), and the Temple of Lê Đại Hành who succeeded him (980 – 1005 AD). Here’s a quick lesson in history: After Đinh Tiên Hoàng and his elder son were assassinated in 979 AD by a palace official, Lê Đại Hành got rid of Đinh Tiên Hoàng’s surviving six-year old son (future emperor), married the empress and declared himself as the new emperor. Yes, enough material for a soap opera… …

We spent about two hours at these temples, however what was striking was not the temples themselves but the modus operandi of the photographer vendors (or should I say, Vietnamese paparazzi). As soon as you get out of your vehicle and start walking towards the temples, you are immediately surrounded by paparazzi who want to take your pictures for a fee. They will keep hounding you, following you, clicking pictures and then suddenly they disappear! But no, that’s not the last that you are seeing of them. While you are admiring the temples, they rush to their printers, print out your pictures, and then as you are returning from the temples to your vehicle, start pressuring you to buy your printed photographs! 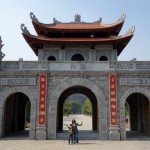 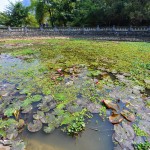 Half-moon lake in front of Temple of Đinh Tiên Hoàng 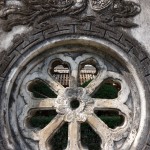 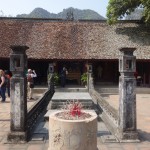 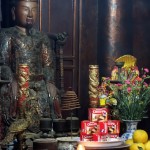 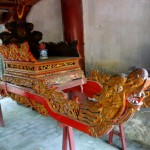 Kiệu (aka palanquin) for carrying the emperor 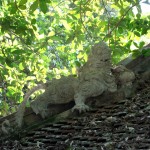 There’s always room for a dragon… …anywhere you want it! 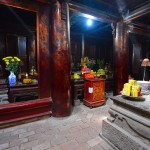 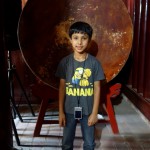 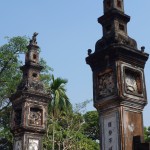