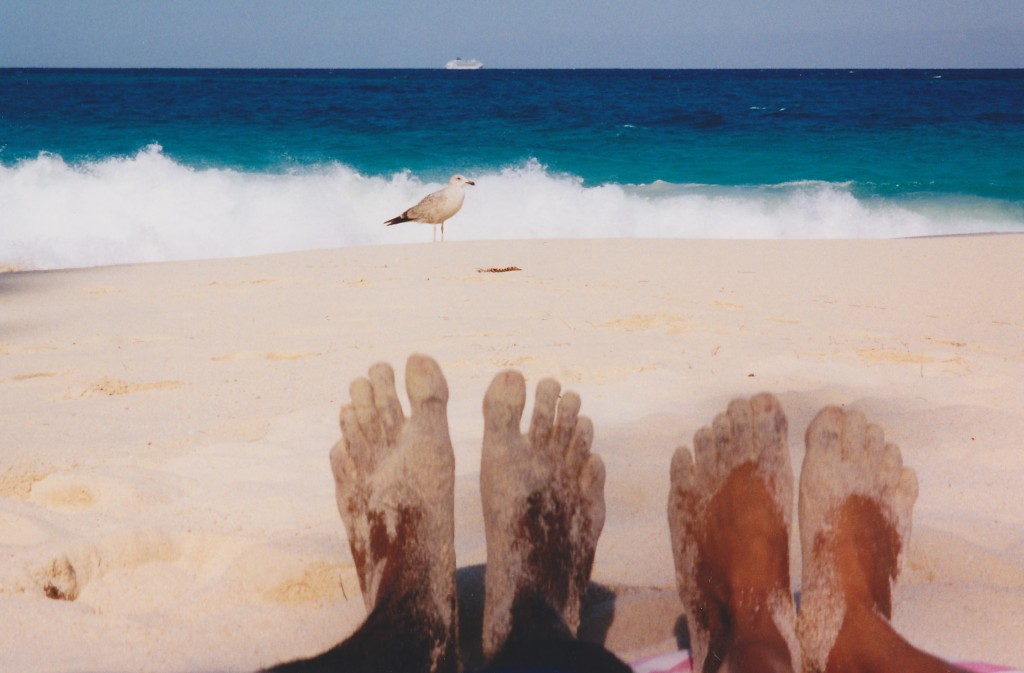 At Cable beach… …where three is not a crowd!

This was our first international beach vacation, and while The Bahamas is not technically considered to be a part of Caribbean, it offered us everything we wanted—nice beaches, wonderful snorkeling, awesome food and unique culture. Unfortunately, a week before our trip, Prachi was given the pink slip and asked to find another job in the company within 30 days or risk losing her job. We were in two minds whether to make this trip, but we decided that since hiring activity would be slow during the Christmas holidays, there was no point in staying back and sending resumes to managers who would be out on their vacations! And we were glad we made the trip since while we were in the Bahamas, one of her old managers found out that Prachi was looking for a job and sent her an email to join his group. This made the vacation even more memorable as we started the trip on a low note, but hit the high note a few days into it!

Our other memorable experience was snorkeling with (or rather, over) the sharks. One of the boat crew members lowered a bucket containing an entire frozen chicken into the emerald blue waters as we snorkeled at the surface. And in a matter of seconds, sharks started circling around the bucket. I wasn’t exactly expecting to be 10 feet away from hungry sharks, but there I was! The crew did their best to convince us that the sharks were more interested in chicken than in humans, but as I continued snorkeling courageously, I did think, “What if one of the sharks looks above and says… …hmm, I think I’m in the mood for something Indian today!” Fortunately, the sharks stuck to their usual diet and I had an awesome time seeing these sharks and myriads of schools of colorful fishes in all shapes and sizes.

We spent most of our time on Cable Beach. We managed to find a not-so-crowded spot, away from the hotels. It was just perfect to spend time with Prachi as we played in the soft sand and swam in the blue sea.

In terms of food, I couldn’t have enough of the conch fritters. But the real treat was the breakfast— corned beef and grits. I had that tantalizingly delicious dish every single day that I was in Nassau! 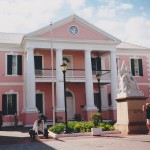 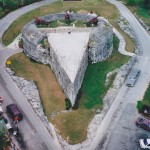 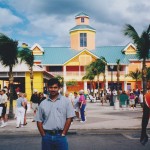 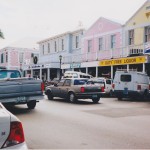 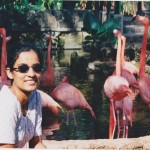 With the famous flamingos at Ardastra Gardens, Zoo and Conservation Centre 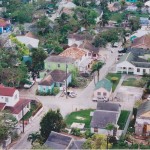 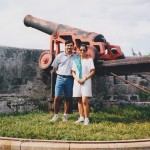 With a cannon at Fort Fincastle 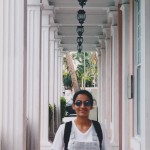 Don’t remember the name of this building 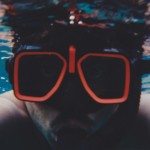 Always wanted to see how I looked snorkeling… … 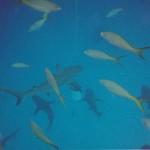 Snorkeling with sharks… …you can see the bucket containing a frozen chicken used to attract the sharks!