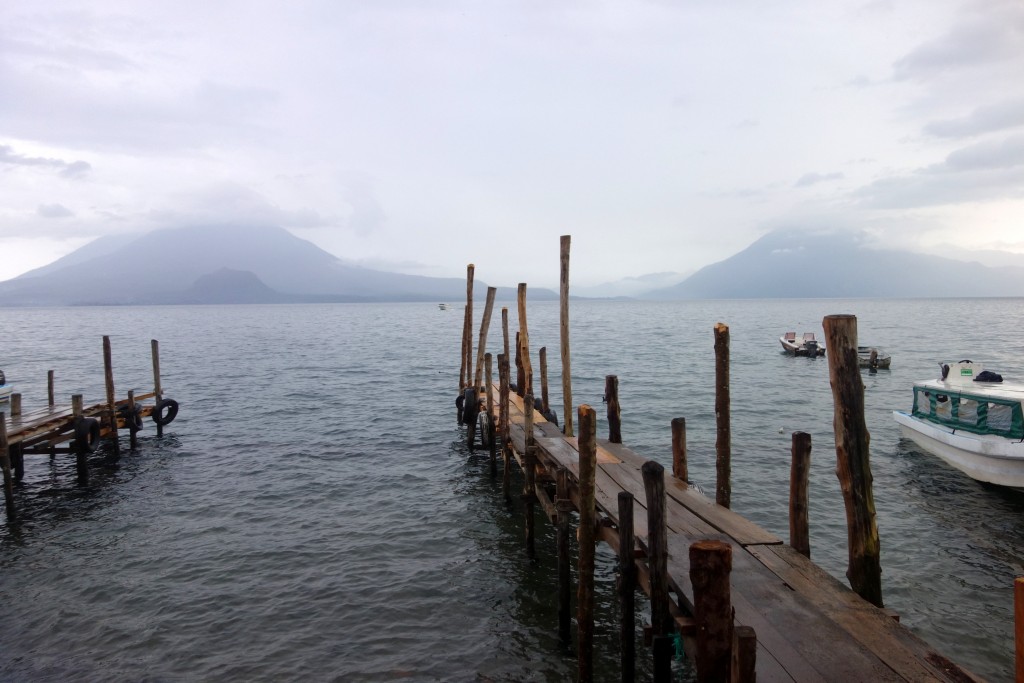 Lake Atitlan on a wet, cloudy day with three volcanoes—Tolimán (left), and Atitlán (behind Tolimán) and San Pedro (right)—in the distance

Panajachel (aka Pana) is a Mayan village on the north-eastern shore of Lago de Atitlán (Lake Atitlán). It is the most crowded and busiest of all villages situated along Lake Atitlán. It is small, but buzzing with activity… …pedestrians and vehicles alike. But it makes for a lively setting that brings you in the center of all the action. There are a few attractions here, but mostly, this village is used as a base for exploring indigenous Mayan villages around Lake Atitlán. These villages have still maintained the authenticity of Mayan culture and tradition, and are a great way to experience a truly different setting.

We stayed here so we could visit the Mayan villages—San Juan La Laguna, San Pedro La Laguna and Santiago de Atitlán, as well as make a trip to Chicicastenango, a Mayan town known for its colorful market. The most prominent and happening street in Panajachel is Calle Santander where cars, trucks, scooters and pedestrians actually jostle one another for the right of way! The street is crowded, but since it’s lined with numerous shops, restaurants, art galleries and cafes, there is very little reason to complain if you can’t move much due to crowds.

A travel first for all of us was brushing our teeth with bottled water. Here, they use water from Lake Atitlán that contains enough organisms to do a number on your alimentary canal. I did bet against the Mayans and the “December 21, 2012 end-of-the-world” hoopla, but when you are talking about my anatomical end, that’s a world I’m not taking any chances with! 🙂 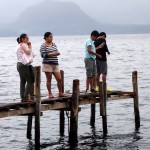 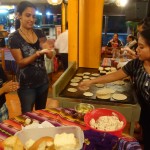 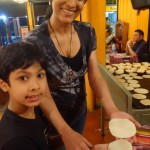 [After pic] The end result… …almost round! 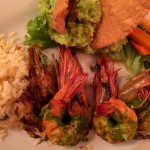 I don’t remember the name of the dish, but I could go back just for another serving… … 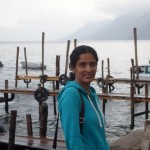 At the pier on Lake Atitlan 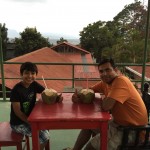 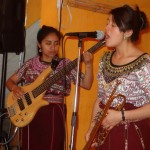 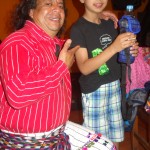 Rohan gets a prize for singing the loudest! 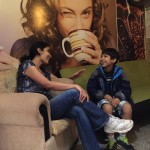 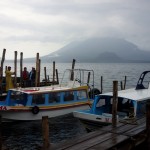 Lake Atitlan gets rough in the afternoon, and when it rains, no one ventures to sail… …