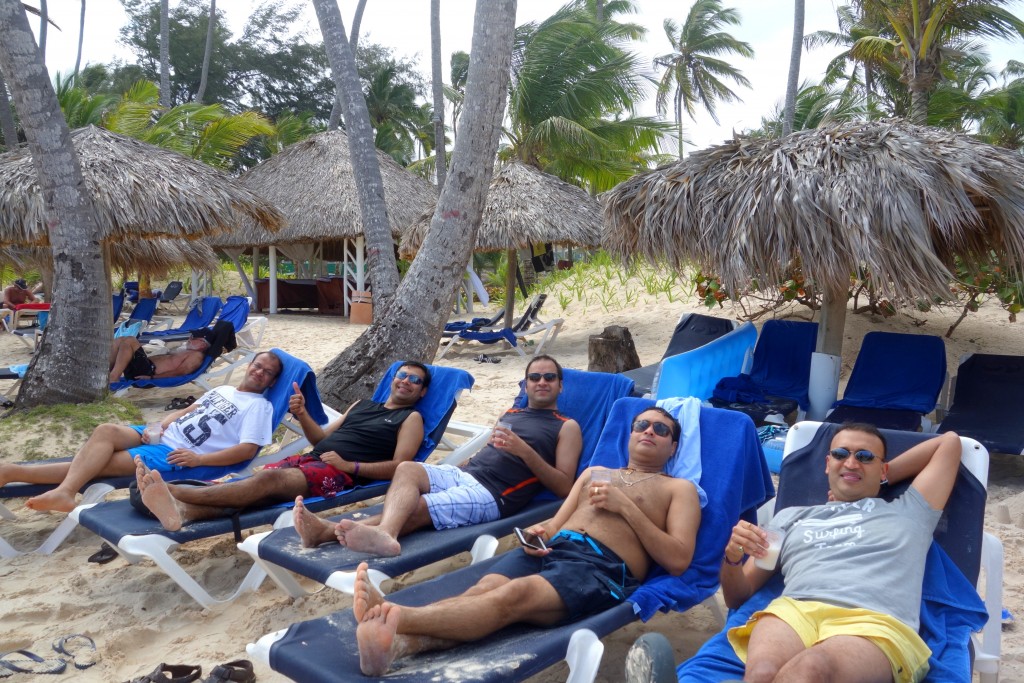 Welcoming 40 with open arms, hairy legs, alcohol-in-hand, short shorts, designer sunglasses… …is there any other way?

The beaches in Punta Cana might not be among the most spectacular in the Caribbean, but the coastal region is good to hang around for a few days. I came here for the company; not for the surf, swimming or snorkeling… …I was here with a few of my guy friends (sans our significant halves or kids) to celebrate the big FOUR-O! Yup, some of us were going to turn 40 soon and few of us had turned 40 recently, so we just decided to something different, and that is what brought us to Dominican Republic.

Similar to my experience in Santo Domingo, there were very few people who spoke English. Even our resort had a dearth of English speakers, but I got along with a few Spanish words I knew thanks to prior trips to Costa Rica and Mexico. Funnily enough, in one instance, when we had to ask a waiter for coconut water, I actually drew a picture of a coconut tree, along with a coconut and a straw sticking out of it! He understood my Pictionary skills well enough to tell us he didn’t have any fresh coconut water!

There were a lot of firsts on this Dominican Republic trip (see Santo Domingo). Another first for me was receiving a call from the reception at 1 am that neighboring rooms were complaining about my friends and I making a racket. The culprit really was the India vs South Africa cricket match (ICC Cricket World Cup 2015) that was being played in Australia. And we kept cheering and shouting loudly as India started knocking the socks off South Africa. Having being asked to pipe down which goes against any Indian fan’s sentiment while watching cricket, we then proceeded to walk to the resort’s sports bar at wee hours of the morning. Not a single television screen at the bar was showing the match and with the manager not understanding English, we tried our best to explain to him that we would like to connect our laptop to one of the TVs. While we were in the middle of our histrionics to get the message across, one friend of mine climbed on a chair and disconnected a video cable so he could hook it up to his laptop. Well, well, lost in translation somewhere, the manager thought we were trying to take down the TV, and immediately called the resort security guy who showed up furious because he was woken up!! Since all he could do was shout, there was little we could do to even reason with him. We retreated back to our rooms, hoping this bad vibe wouldn’t affect the Indian team’s performance. There wasn’t much point to watching the rest of the match in solemn silence and we retired hurt for the night. In the morning, we were thrilled to read that India had thrashed South Africa by 130 runs. Yes, everything was alright with the world!

As I mentioned earlier, the beach itself was okay… …nothing impressive about it. But give me coconut trees, soft sand, turquoise waters and I can make my peace with anything and everything. On a couple of days, the water contained prickly sea weed that proved more irritating (for the skin) than annoying. But knowing that back home, the temperatures were in single digits (Fahrenheit) with an impending snow storm, I wouldn’t have complained even if the waves had rolled in some poison ivy! It was a great experience overall.

In addition to spending time at the beach and riding an ATV, I also got to swim in a cenote (one of my favorite things to do since visiting Playa del Carmen and Valladolid in Mexico.). Hoyo Azul (Blue Hole) is a hidden cenote with a stunning vista and cool turquoise waters. According to the legend, swimming in Hoyo Azul for an hour makes you look younger by ten years! I was frolicking and splashing around in the cenote like an excited whale so any years I lost were probably in whale years… …because at least to human eyes, the change was unnoticeable! So phooey to the legend of Hoyo Azul… …

Last but not least, a shout out to my they-might-be-forty-but-are-still-young-at-heart friends who made this trip memorable. I had met most of them in the past year so I knew the trip was going to be fun… …just wasn’t sure about the how much fun part. I typically refrain from going on long trips with others since people have different travel habits or preferences, but this group just blended amazingly well. We were cracking jokes, pulling each other’s leg, talking late into the night, ogling at girls, drinking and eating at weird hours, smoking cigars, and so much more. As one of my friends fittingly summed it up, “This is just like the fun I had during my college days!” Yes, we came here as 40-yr old guys, but we returned as 20-yr old boys!! On second thoughts, maybe the legend of Hoyo Azul did come true! 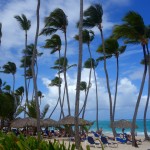 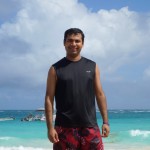 Does this pic even need a caption? 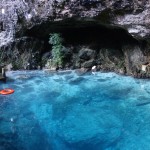 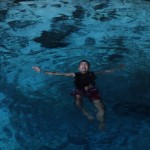 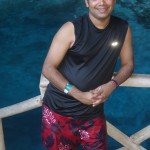 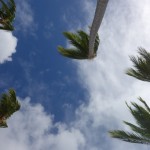 If you don’t believe that it gets windy… …here’s five times the proof! 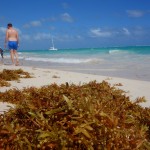 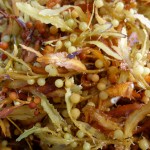 Close-up of the seaweed… …seriously prickly! 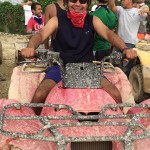 All set for the ATV ride 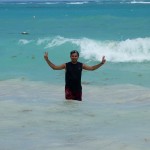 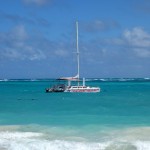 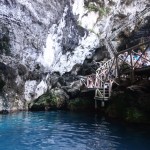 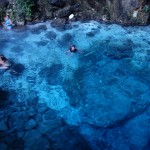 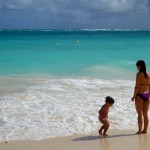 A mom and daughter enjoying themselves 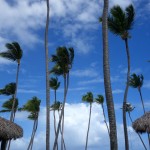 Even the fronds of these trees stand tall and proud 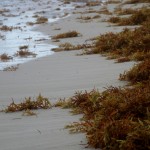 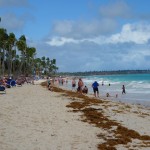 Some days the seaweed was a nuisance, but the wonderful weather made up for it 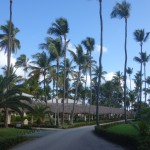 In the resort, making our way to the beach 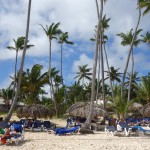 “Why would anyone ever want to go home?” 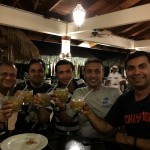