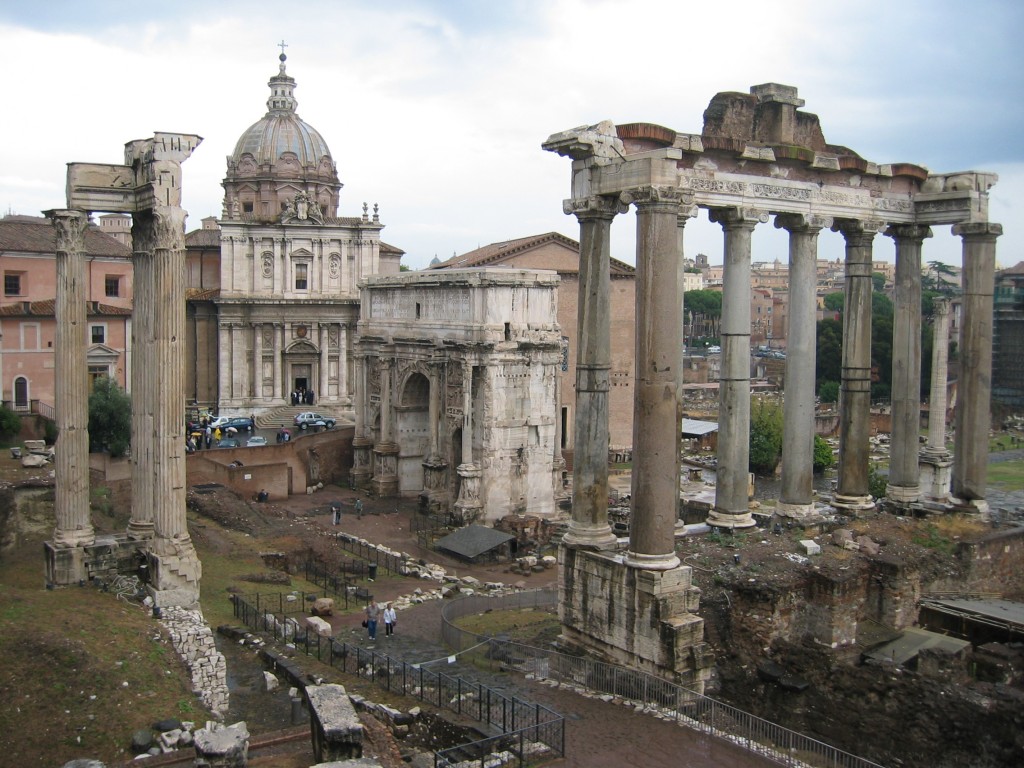 The Roman Forum—Temple of Vespasian and Titus, Arch of Septimius Severus and Temple of Saturn

Rome is around five hours from Venice by train, and ranks among one of the best cities I’ve ever visited. I loved Rome, not just for the Ancient Roman buildings, but I loved it for so many different aspects—people, streets, vibe, piazzas (public squares), atmosphere, food… …I loved it for so many more things that I struggle to describe. Point is … …I fell in love with Rome. Period.

I visited Rome for my interest in Ancient Roman architecture and it did not disappoint. The Historic Center of Rome, along with the Vatican City is a UNESCO World Heritage Site. From the Pantheon to the Colosseum to the Roman Forum, it was fascinating to see these structures built 2000-plus years ago. These buildings (or what remains of them) have been nicely preserved and I could close my eyes and visualize myself back in the glory days of the Roman civilization. Of course, my knowledge of the Roman Empire is primarily from reading Asterix comics so for the most part, I kept imagining a battalion of Roman soldiers getting thumped by Obelix!

The Spanish Steps was a great place for people watching. At the base is the Piazza di Spagna, with the uniquely shaped Fontana della Barcaccia (Fountain of the Old Boat). You can spend a whole day just sitting on the steps as this place is just abuzz with activity. Rome has many beautiful fountains, but my favorite ones were the world famous Fontana di Trevi (Trevi Fountain) where we did the revered act of throwing a coin from my right hand over the left shoulder, Fontana dei Quattro Fiumi (Fountain of the Four Rivers) and Fontana del Tritone (Triton Fountain). 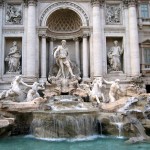 Trevi Fountain—one of the most famous fountains in the world 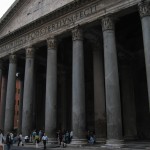 The Pantheon—portico and its granite Corinthian columns 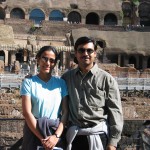 Temple of Julius Caesar… ..his body was burned here 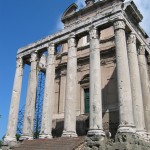 Temple of Antoninus and Faustina… …built in 141 AD 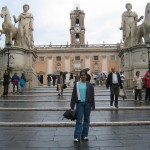 On the cordonata (monumental steps) by Michelangelo on the Capitoline Hill, leading to Piazza del Campidoglio 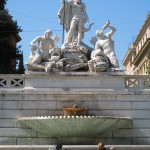 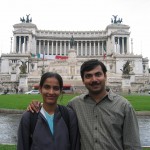 In front of the Vittorio Emanuele II Monument 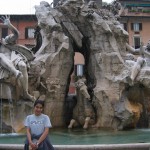 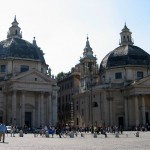 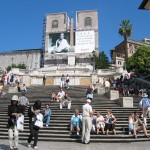 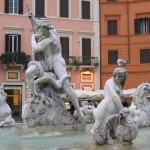 Fontana del Moro (Moor Fountain) in Piazza Navona… …represents a Moor or African, standing in a conch shell, wrestling with a octopus, surrounded by four Tritons 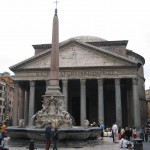 The Pantheon and the Fontana del Pantheon 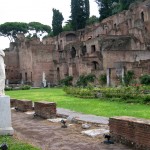 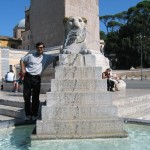 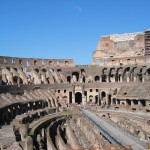 The Colosseum arena, showing the hypogeum (network of tunnels and cages beneath the arena where gladiators and animals were held before contests began) 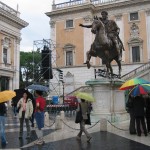 Piazza del Campidoglio, on the top of Capitoline Hill 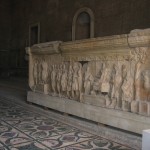 This is where the Roman Senate sat 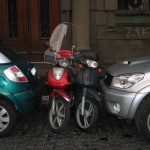 The Roman Way of Parking 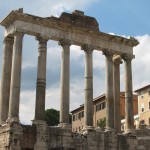 The Temple of Saturn—built in 497 BC, was a temple to the god Saturn in ancient Rome 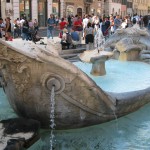 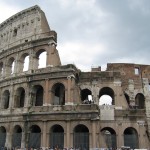 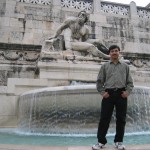 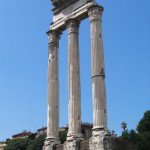 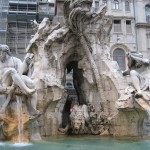 Fountain of the Four Rivers in Piazza Navona… …represents four major rivers of the four continents through which papal authority had spread: the Nile representing Africa, the Danube representing Europe, the Ganges representing Asia, and the Río de la Plata representing the Americas 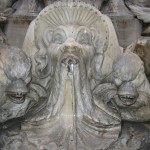 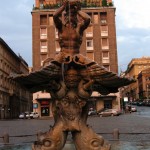 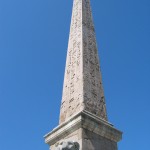