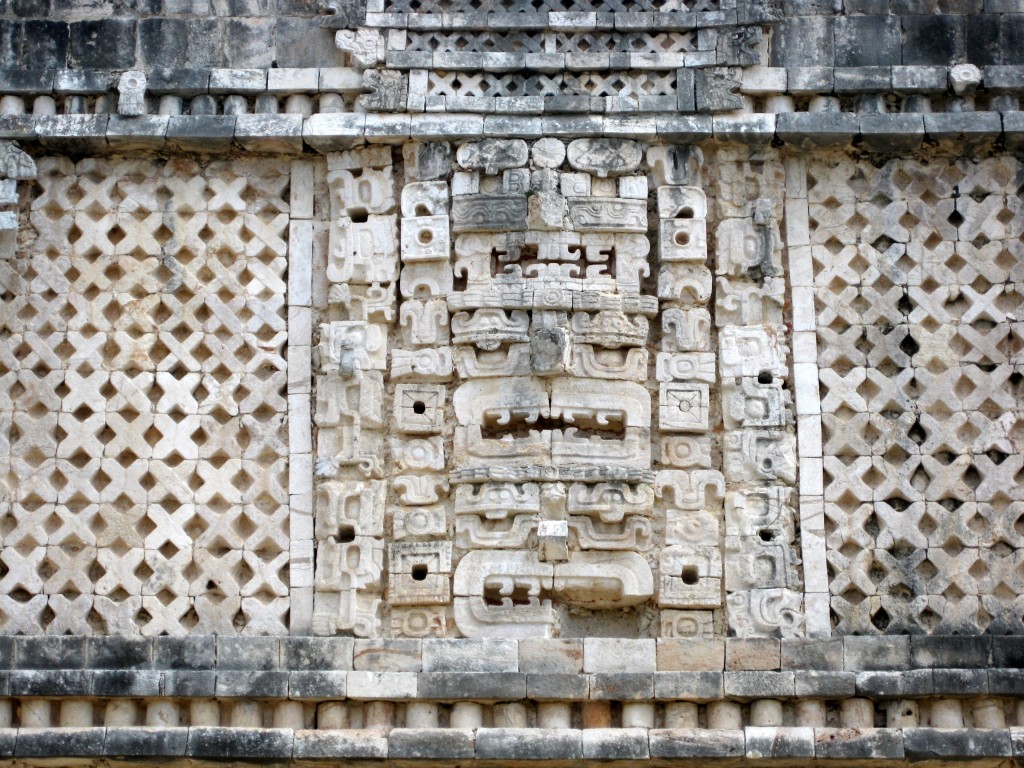 Lattice work surrounding the faces of Chaac—Mayan God of rain

Uxmal, a UNESCO World Heritage Site, is about 49 miles south of Mérida (1hr 15m by car). The Mayan ruins of Uxmal are as popular as the ones at Chichén Itzá so we decided to include them in our itinerary.

We visited the ruins in the evening for the light and sound show, and like most light and sound shows I’ve seen, they also turned out to be repetitive and eventually, disappointing. That the audio commentary was only in Spanish didn’t help, but the lights’ display wasn’t creative at all. All they did was throw colored lights on the ruins and kept repeating it. I wouldn’t recommend the sound and light show if you have to go out of your way to get here.

But seeing the ruins in day light. the next day, was a completely different story! The imposing Pyramid of the Magician greeted us with its steep slope and rounded sides (Puuc style). Seeing a Mayan ruin in person sent a shiver down my spine. We had an amazing guide who demonstrated the use of math behind every structure, but most importantly, explained that Mayans never predicted Dec. 21, 2012 (which was a couple of days away) as the end of the world. We gave him the benefit of the doubt, but in hindsight, he was correct!!

We had a blast climbing the steep steps of the Governor’s Palace, and the panoramic view of the Uxmal ruins from the top was a sight to remember 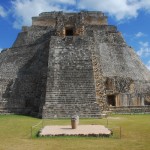 The Pyramid of the Magician consists of five nested temples, built over three centuries (sixth to tenth) 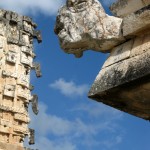 Carving of a turtle’s head on the House of the Turtles with Chaac, the Mayan God of rain, with his hooked nose in the background 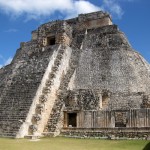 Pyramid of the Magician—considered unique because of its rounded sides, considerable height, steep slope, and unusual elliptical base 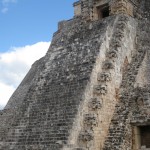 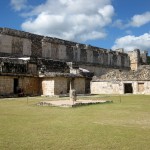 The Nunnery Quadrangle has beautifully carved exteriors on all sides 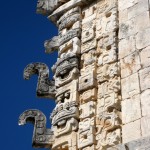 Chaac, the Mayan God of rain, with his distinctive hooked nose 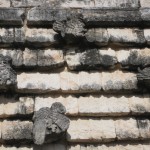 Quadrangle of the Birds 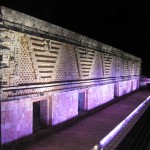 Light and Sound show… …east building of the Nunnery Quadrangle 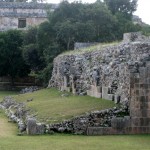 Ball Court where the Mayans played the Mesoamerican ballgame or Ōllamaliztli 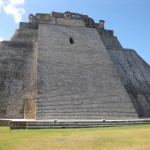 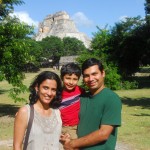 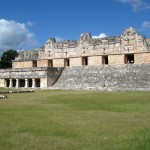 North building of the Nunnery Quadrangle 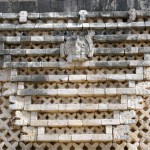 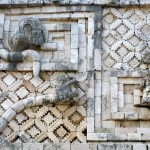 Design of a snake and lattice work around it 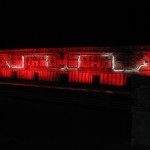 Lighting effect of a snake during the Light and Sound show 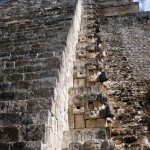 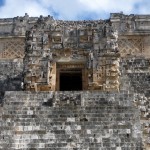 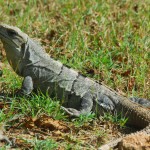 One of the hundreds of iguanas, sun bathing in the ruins! 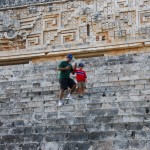 Steep steps of the Governor’s Palace 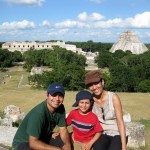 On top of Governor’s Palace, with the Ball Court (below left) and the Pyramid of the Magician (right) in the background