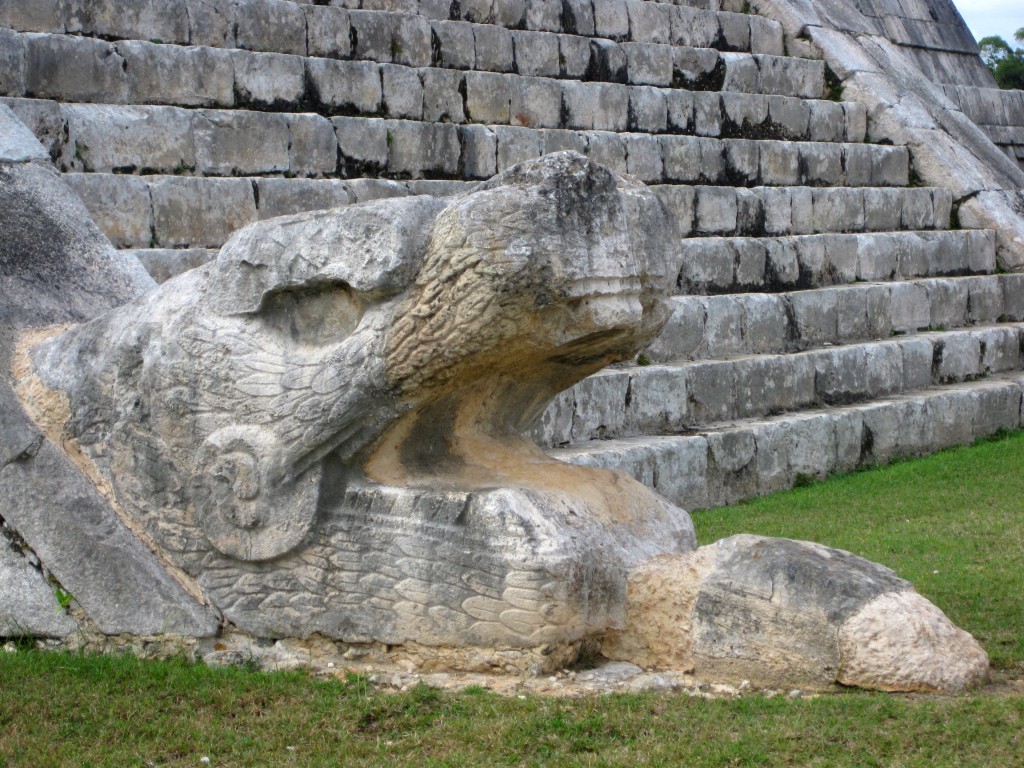 Chichén Itzá, a UNESCO World Heritage Site, is roughly one-third the distance between Mérida and Playa del Carmen. It is 76 miles east of Merida (1 hr 30 m by car). We left Mérida right after an early breakfast to view the Mayan ruins at Chichén Itzá; the objective was to get done by 1 pm to avoid the sweltering heat and the crowds.

As you enter the grounds, the magnificent 25m (82-ft.) El Castillo pyramid (also called the Pyramid of Kukulkán) stands right in front of you. The open grassy area around it adds to the hugeness of this structure. It was a terrific feeling to view one of the most photographed Mayan ruin on 21st December 2012 – the day the world was supposed to come to an end! Even in the 0.000000001% chance that the world was to end that day, it’d have been an awesome way to go down!

We had a guide so we learned a lot about the ruins—Tzompantli (Temple of the Skulls), Platofrm of the Eagles, Templo de los Guerreros (Temple of the Warriors), El Caracol (Observatory), and Edificio de las Monjas (Edifice of the Nuns) among others, and the Sacred Cenote where archaeologists dug out gold, jade, pottery, and incense, as well as human remains.

After we were done seeing the ruins, we then continued our drive to Playa del Carmen. 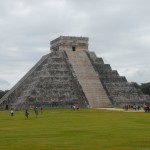 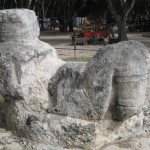 Chacmool—a reclining figure with its head facing 90 degrees from the front, supporting itself on its elbows and supporting a bowl or a disk upon its stomach 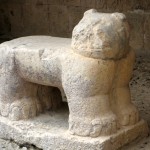 Jaguar throne inside the Lower Temple of the Jaguar 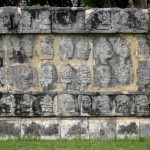 The Tzompantli (aka Skull Platform)—representing public display of human skulls, typically those of war captives or other sacrificial victims 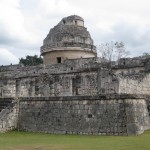 El Caracol (The Snail) was an ancient Mayan observatory building 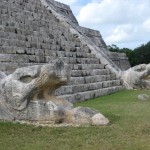 Featherd serpents that slither down the northern side of El Castillo 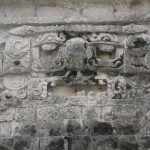 Chaac—Myan God of rain with his distinctive hooked nose 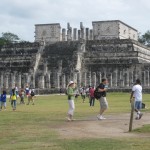 Columns representing warriors in the Temple of a Thousand Warriors 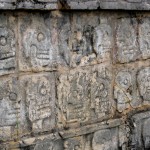 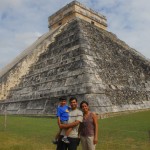 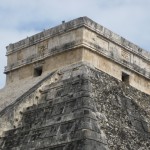 Temple at the top of El Castillo 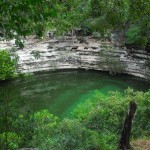 The Sacred Cenote… …objects such as weapons, scepters, idols, tools, jewelry and human bones were found during exploration 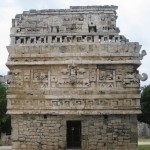 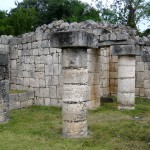 Don’t know the name of this structure 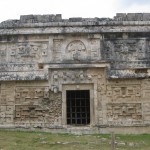 Las Monjas (“The Nuns” or “The Nunnery”) 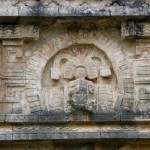 Panel on Las Monjas (“The Nuns” or “The Nunnery”) 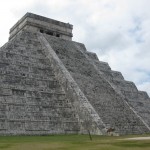 Another view of the north side of El Castillo… …During the spring and autumn equinoxes, the late afternoon sun strikes off the northwest corner of the pyramid and casts a series of triangular shadows against the northwest balustrade, creating the illusion of a feathered serpent “crawling” down the pyramid 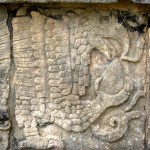 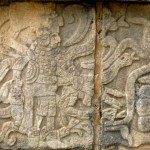 Panel at the Ball Court—one of the players has been decapitated; the wound emits streams of blood in the form of wriggling snakes! 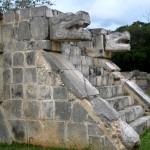 Platform of Venus… …dedicated to the planet Venus