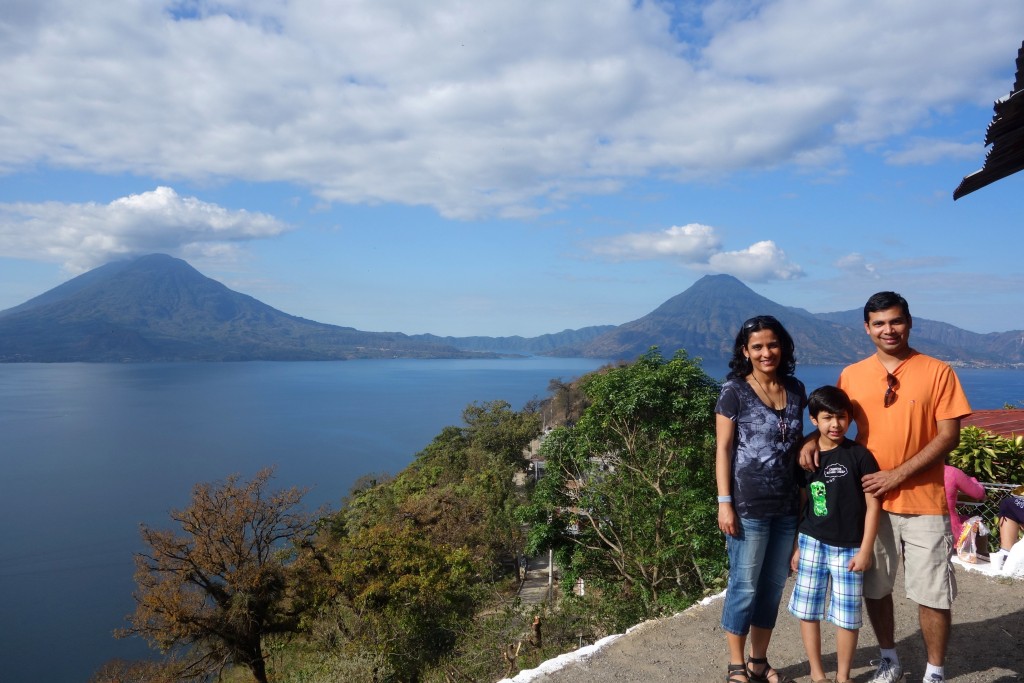 Lago de Atitlán (Lake Atitlán), a volcanic lake in the Western Highlands of Guatemala, is the deepest lake in Central America. What makes it truly special and spectacularly fabulous is the sight of three volcanoes (Tolimán, Atitlán and San Pedro) that keep guard over the lake. And adding to the beauty are several indigenous Mayan villages around its shores. These villages have still maintained the authenticity of Mayan culture and tradition, and are a great way to experience a truly different setting.

Quoting directly from Wikipedia.com: German explorer and naturalist Alexander von Humboldt called it “the most beautiful lake in the world,” and Aldous Huxley famously wrote of it in his 1934 travel book Beyond the Mexique Bay: “Lake Como, it seems to me, touches on the limit of permissibly picturesque, but Atitlán is Como with additional embellishments of several immense volcanoes. It really is too much of a good thing.”

We immersed ourselves in the natural beauty not only from the shores of Panajachel, but also by shuttling across the lake several times in a boat to visit other Mayan villages. The lake is surrounded by mountains, and the sight of tiny Mayan villages basking in the grandness of these mountains with water all around you is a sight to behold! Admiring the picturesque setting with the cool breeze in your hair, on a nice sunny day, made the trip totally memorable. For those who suffer from seasickness, it is worth noting that xocomil (means “the wind that carried away sin” in Kaqchickel language) that blows in during the afternoon makes the waters very rough so you are better off visiting the Mayan villages in the morning. 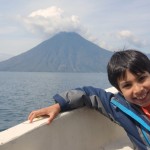 Yup, he’s happy to be on this boat ride 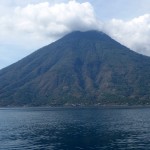 Volcano San Pedro… …oldest of the three volcanoes on the lake… …stopped erupting 40,000 years ago 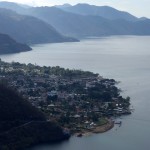 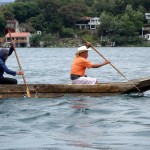 A Mayan elderly and his hip grandson (?) getting from one village to another 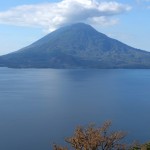 Volcano Tolimán (front) and Volcano Atitlán (behind)… …both of which are active volcanoes! 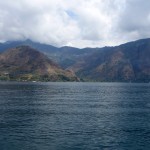 Mountains all around… … make this lake grand and spectacular 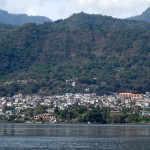 A Mayan village along the shores of Lake Atitlán 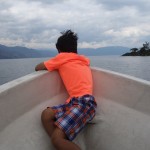 Taking in the breeze as the boat speeds through Lake Atitlán