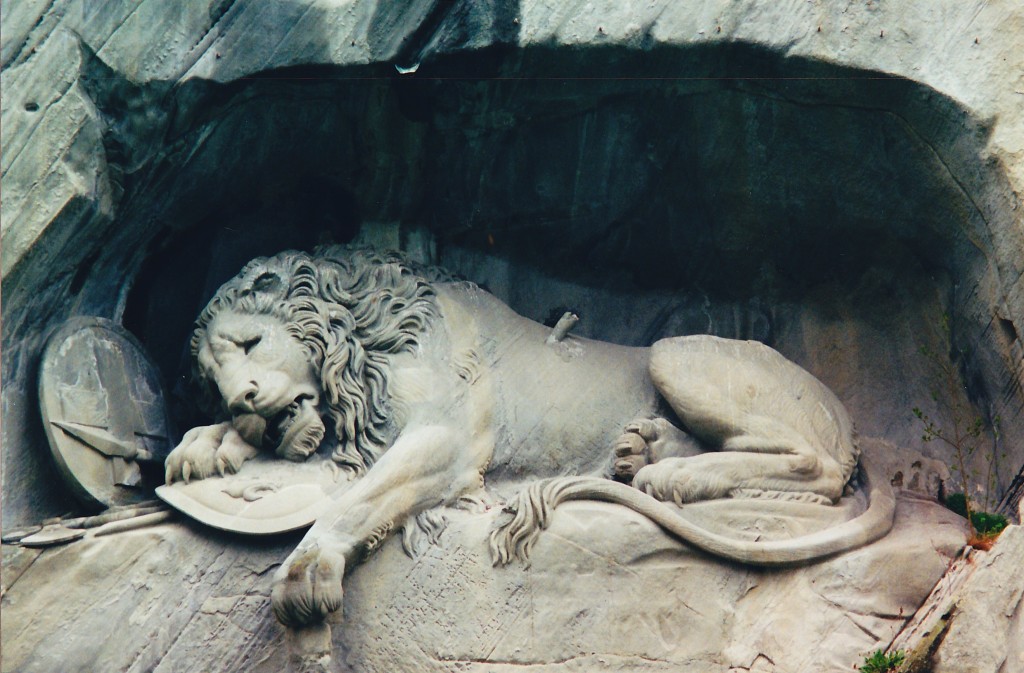 Lucerne is around three hours by train from Wengen, and makes for a spectacular journey. The train travels through quaint little villages and towns showcasing the beautiful moments of Switzerland—colorful alpine meadows, meandering crystal-clear rivers, imposing rocky mountains and vast emerald blue lakes.

The main attraction in Lucerne is Kapellbrücke (Chapel Bridge), a 14th century wooden bridge across the Reuss River. This bridge is the oldest wooden covered bridge in Europe, as well as the world’s oldest surviving truss bridge. We walked across this bridge and strolled through several old squares with colorful buildings and pretty floral displays. I loved the architecture of the buildings, and it was a marked change from the chalets that we had been seeing during our stay in Wengen.

I also loved Löwendenkmal (Lion Monument) which is a sculpture of a lion carved in a sandstone cliff. It was carved in 1821 to commemorate the Swiss Guards massacred in 1792 during the French Revolution, when revolutionaries stormed the Tuileries Palace in Paris. The mournful expression on the lion’s face left us speechless. The sculpture is so beautifully done that Mark Twain called this “Dying Lion” of Lucerne “the saddest and most poignant piece of rock in the world.” Here is an excerpt from his book, A Tramp Abroad, where he captures the scenery and emotion like no one else can:

The Lion lies in his lair in the perpendicular face of a low cliff — for he is carved from the living rock of the cliff. His size is colossal, his attitude is noble. His head is bowed, the broken spear is sticking in his shoulder, his protecting paw rests upon the lilies of France. Vines hang down the cliff and wave in the wind, and a clear stream trickles from above and empties into a pond at the base, and in the smooth surface of the pond the lion is mirrored, among the water-lilies.

Around about are green trees and grass. The place is a sheltered, reposeful woodland nook, remote from noise and stir and confusion — and all this is fitting, for lions do die in such places, and not on granite pedestals in public squares fenced with fancy iron railings. The Lion of Lucerne would be impressive anywhere, but nowhere so impressive as where he is. 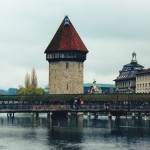 Kapellbrücke (Chapel Bridge) and the Wasserturm (water tower) behind it… …built in 1333, the bridge is the oldest wooden covered bridge in Europe 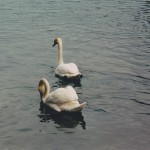 Swans on the Reuss River 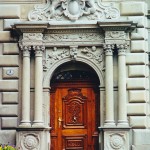 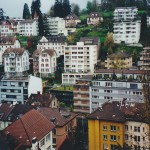 View of the city from one of the towers 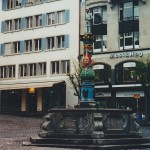