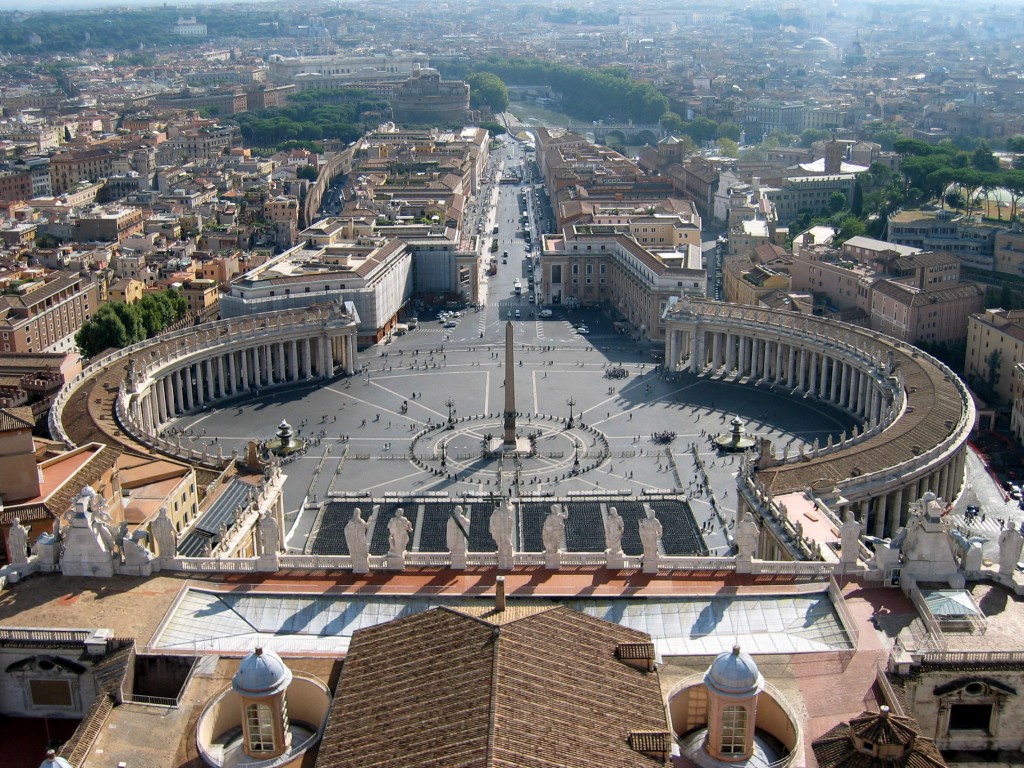 View of Vatican City and Rome from the dome of St. Peter’s Basilica

You can call Vatican City (UNESCO World Heritage Site) the world’s smallest country or the world’s smallest city-state, but it, undeniably, (all 0.2 square miles of it) is the spiritual capital of the world for most people on the planet. It was a short train ride from Rome, so we decided to get there by 7 am to avoid the crowds. I was expecting minimal crowd, but to my surprise, Piazza San Pietro (St. Peter’s Square) was completely deserted! We spent quite some time in this huge plaza admiring the giant towering colonnades and the stunning Basilica Sancti Petri (St. Peter’s Basilica).

St. Peter’s Basilica has a strict dress code (no shorts or short skirts) so we made sure we were appropriately dressed. The interior of this massive church is exquisite, and designed by the likes of Michelangelo, Bernini, Bramante and Maderno. I had read about Michelangelo’s Pietà in sixth grade, and it was a fantastic experience to see the fine piece of art it in person. Another attraction is Bernini’s baldacchino, a bronze canopy directly under the dome. The baldacchino is rich with design, and this 98 feet tall structure marks the spot of Saint Peter’s tomb under the ground. The 448 feet high dome is the tallest dome in the world, and we climbed it all the way to the top for a remarkable view.

Our next stop was the Vatican Museums for the obvious choice—Cappella Sistina (Sistine Chapel) —the room where the College of Cardinals convenes to elect the next Pope! Since we were early, there wasn’t a lot of traffic, and we managed to spend sufficient time looking at the frescoes by famous Renaissance artists such as Sandro Botticelli, Pietro Perugino, Pinturicchio, Domenico Ghirlandaio and Cosimo Roselli. Of course, the star artist was Michelangelo with his The Last Judgment and the extremely renowned Creation of Adam. Photography is forbidden inside the chapel, but I did see a few tourists keep the camera low and take a picture of the famous Sistine Chapel ceiling. Nothing annoys me more than people who don’t follow instructions and, in my opinion, these people are an insult to responsible tourism. The Vatican Museums houses an impressive collection of sculptures and paintings, and we spent over four hours in there. 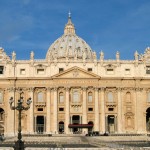 St. Peter’s Basilica—the largest church in the world and the holiest of all Catholic sites 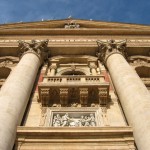 The Pope speaks from this Gallery 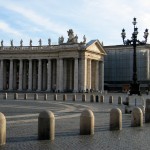 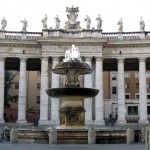 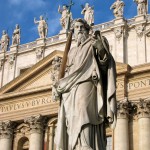 Statue of St. Paul on the right side of the Basilica 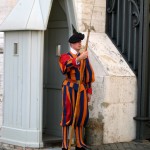 The Pontifical Swiss Guard… …a small force maintained by the Holy See, and responsible for the safety of the Pope 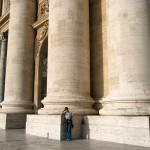 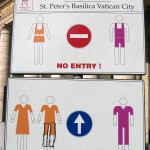 Dress code for St. Peter’s Basilica with graffiti (most probably) by an ultra-conservative idiot 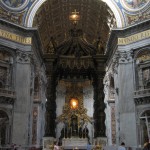 Inside the Basilica—the altar with Bernini’s baldacchino (largest piece of bronze in the world, which stands beneath the dome and above the altar) 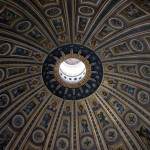 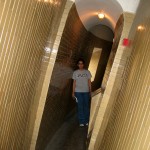 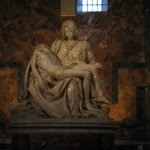 Michelangelo’s Pietà inside the Basilica 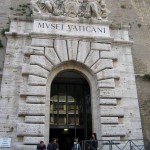 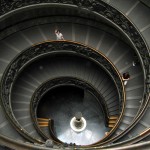 Helicoidal Staircase at the Vatican Museums designed by Giuseppe Momo 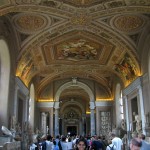 Inside the Vatican Museums 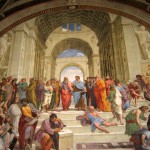 School of Athens by Raphael—the center figures are Plato on the left and Aristotle, his student, on the right 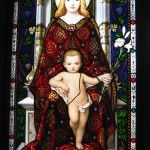 Madonna and Child with Saints by Perugino 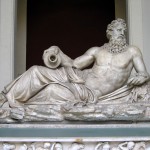 Inspiration for Adam’s pose in the Creation of Adam 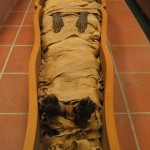 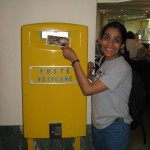 Sending a card home from the Vatican Post Office