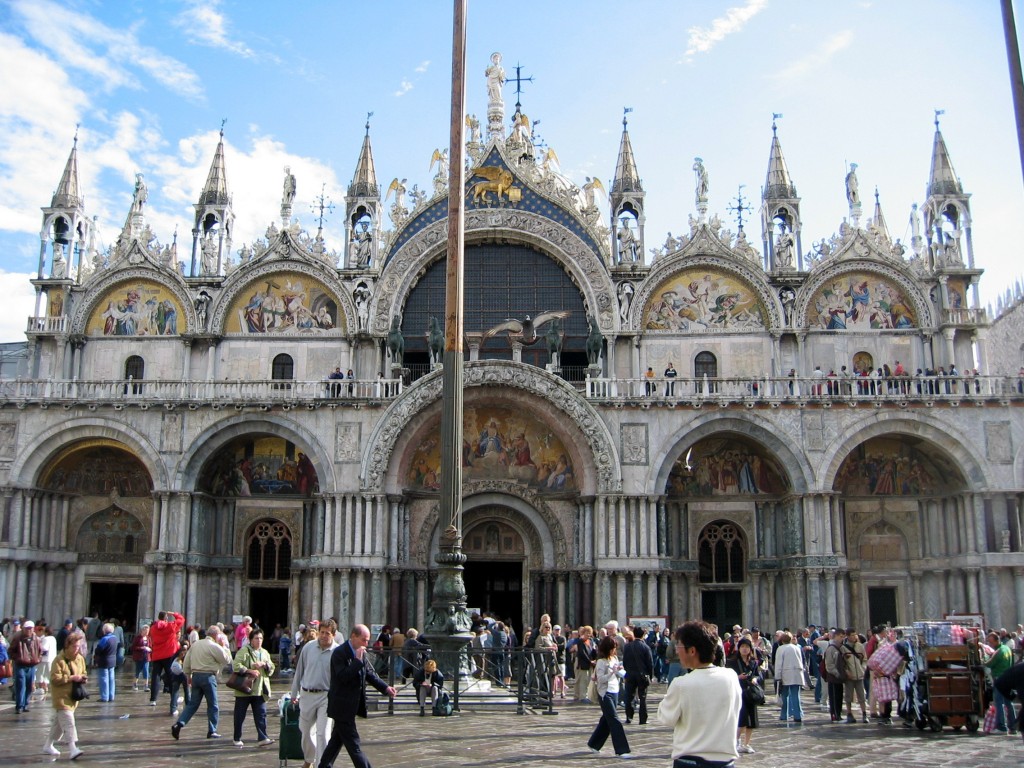 Saint Mark’s Basilica… …also, referred to as Church of Gold, for opulent design, gold ground mosaics, and its status as a symbol of Venetian wealth and power

Venice is little under three hours from Florence by train. We didn’t spend a lot of time in Venice, so we toured the usual suspects—Piazza San Marco (St. Mark’s Square), Basilica Cattedrale Patriarcale di San Marco (St. Mark’s Basilica) and Canal Grande (Grand Canal). The entire of Venice and its lagoon is listed as an UNESCO World Heritage Site, and given its picturesque setting, beautiful architecture and interconnected canals; it is indeed, a treasure to cherish forever.

We enjoyed this city; wandering along the cobblestone alleys, meandering through the canals and strolling in and out of public squares. It was exciting to see this city built on an lagoon, and we found it so unique to see buildings just emerging out of the water! Piazza San Marco (St. Mark’s Square) is the main square where all the star attractions (St. Mark’s Basilica, Campanile di San Marco (St. Mark’s Campanile) and Palazzo Ducale (Doge’s Palace)) are found. The multi-domed basilica spared no expense on gold when decorating both, the interior and the exterior. We also climbed to the top of the campanile (bell tower) to get a magnificent view of Venice and its lagoon. And of course, we took a lot of pictures with the most important Venetian residents of all—the pigeons of St. Mark’s Square. 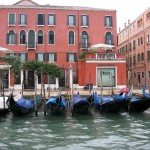 Gondolas on a rainy day on the Grand Canal 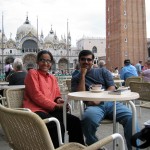 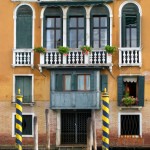 Pretty building on the Grand Canal 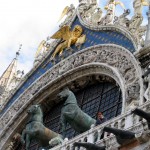 St. Mark’s Basilica close-up—horses of Saint Mark (replicas) with a winged lion, the symbol of the saint and of Venice, above them 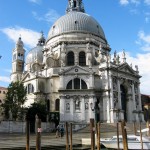 Santa Maria della Salute… …built on a platform made of 1,000,000 wooden piles 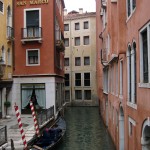 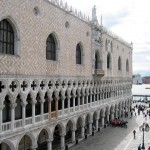 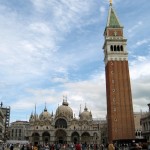 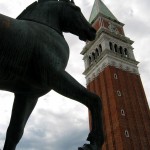 One of the horses of St. Mark and and St. Mark’s Campanile (Bell Tower) 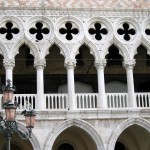 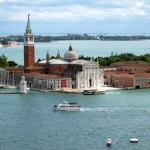 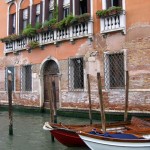 Just curious… …do they have parallel parking for gondolas? 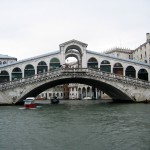 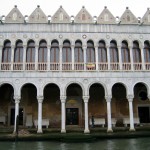 Yet another nice building on the Grand Canal 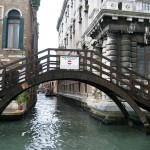 Hope the bridge can hold up… …it does look rickety 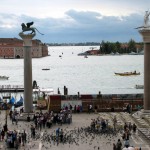 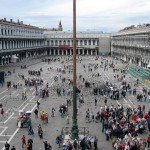 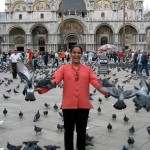 With the most beloved, most famous residents of St. Mark’s Square 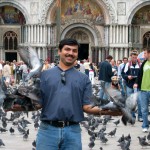 Okay, I have way too many pigeons than I can handle… .. 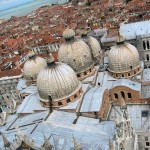