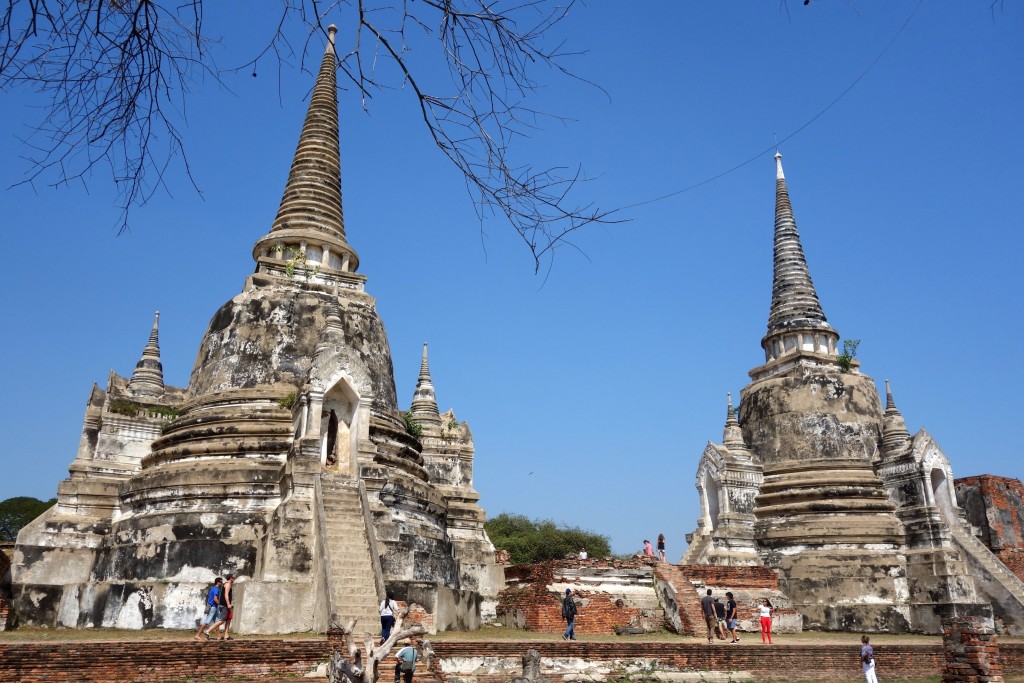 Ayutthaya, 53 miles north of Bangkok, used to be the capital of Thailand when the Ayutthaya Kingdom flourished from 1351 until 1767. The city is named after the city of Ayodhya in India, the birthplace of Rama in the Indian epic “Ramayana”. This was a day trip for us so we spent most of our time at the Ayutthaya Historical Park that contains the ruins of the old city of Ayutthaya. A portion of the park has been declared a UNESCO World Heritage Site so the ongoing restoration work helps present a view of the city as it existed during its heydays.

Wat Phra Sri Sanphet used to be royal temple on the grounds of the Royal Palace. It was one of the grandest and holiest places as only the royal family was allowed here. It is a memorable sight to see the three towering chedis that house the ashes of the royal family. The chedis are designed in the shape of a bell and we took the steep stairs to reach the chapel. While it made for a good photo session, the 90+ F sweltering heat took its toll and we quickly retreated to shaded areas. Unfortunately, this place was ransacked and destroyed by the Burmese in 1767 and you can still see decapitated Buddha statues. In fact, there used to be a 16m tall Buddha statue that was toppled and melted for gold… …all 330 lbs of it!

We also visited Wat Yai Chaimongkol (built in 1367) that served as a monastery in those days. It has an impressive chedi that is 62m tall, but I loved this place for its row of Buddha statues that line the grounds. The backdrop of ruins makes for a solemn setting. 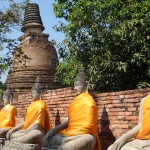 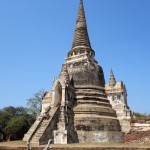 Rohan and me on a chedi at Wat Phra Si Sanphet (built Ceylonese style)—it has steep stairs leading up to the chapel, which has another chedi on top 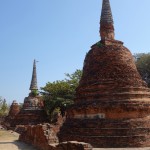 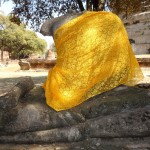 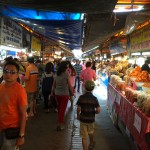 Strolling through a market… …the sights and smells were astonishing 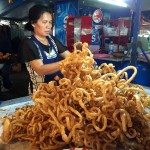 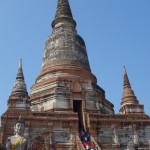 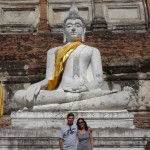 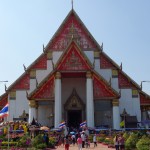 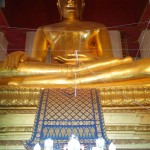 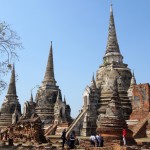 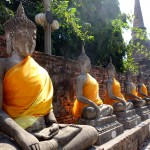 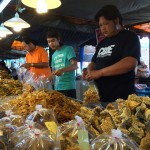 “In case you feel like eating fish skin, we serve that too!” 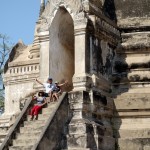 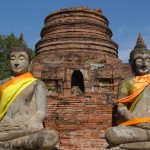 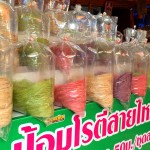 Are the bags half full or half empty? 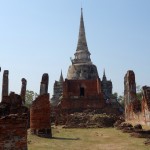 Ruins of the Royal Hall at Wat Phra Si Sanphet 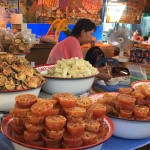 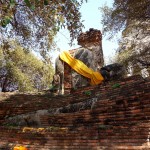 A partially restored Buddha statue… …the Burmese ransacked Ayutthaya in 1767, looting the temples and destroying the statues 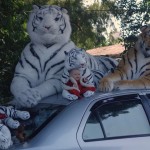 A creepy ad display for a Tiger Park… …buy the tickets or the tigers will eat the baby!!