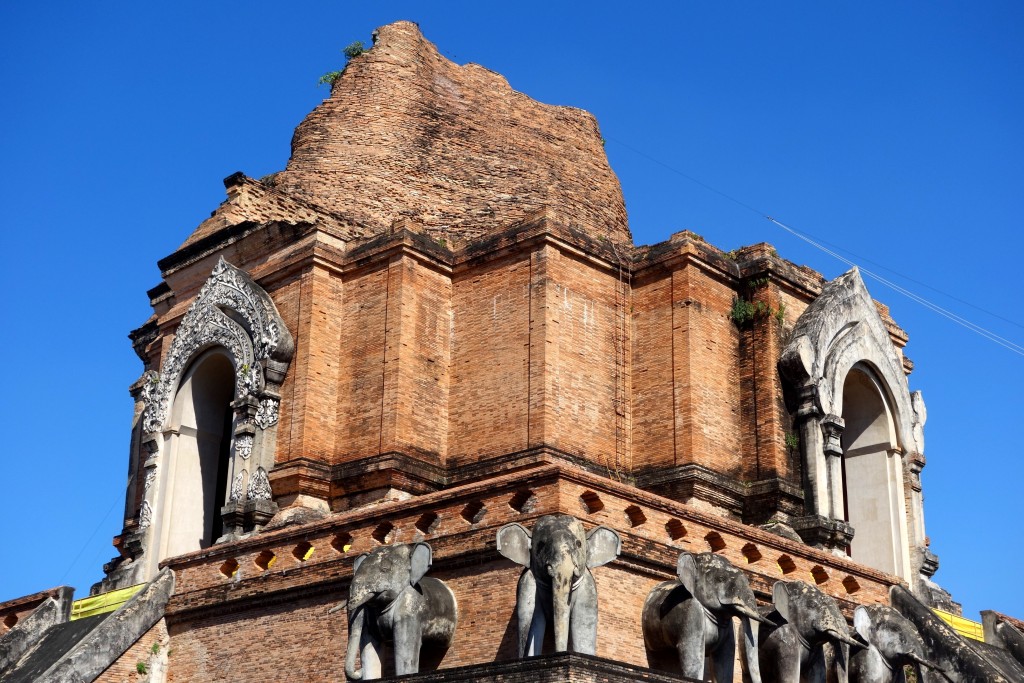 Wat Chedi Luang… …a 14th century temple; it stood 84m tall until an earthquake in 1545 toppled 30m of its structure

Chiang Mai (428 miles north of Bangkok) is the second largest city in Thailand but still manages to retain a small city’s charm and vibe. It’s not as terribly busy or densely populated as Bangkok so it’s a lot more fun to walk around at a leisurely pace, and absorb the city’s excitement or mingle with the locals as you visit the numerous wats (temples). There are several daily flights that fly between the two cities so it’s very easy to get to Chiang Mai. Our interest in seeing Chiang Mai was only because we were visiting Mae Tang for the Elephant Nature Park.

This was our last Thai city and to be honest, Prachi and Rohan seemed saturated with the dose of gilded Buddha statues and lavish temples. Still, there we were! And to use a thoroughly worn out cliché, we did in Rome, as the Romans would do. We started off with a specific list of Buddha temples to visit, but as we kept encountering several more temples along the way, we started ducking inside them just to check them out. It was terribly hot so the temples also offered the much needed break and shade.

While Wat Phan Tao and Wat Phra Singh ( both are 14th century-built temples) were attractive temples to visit, I was amazed by the vastness and grandness of Wat Chedi Luang. The stupa of this 14th century temple rose to 84m (280 ft), but was toppled in the 1545 earthquake. Still, what remains is an impressive 54m (177 ft) stupa jutting out towards the sky, resting on a 44m (144 ft.) wide four-sided base. It is just huge! The stone nagas (mythical snakes) guard the staircases that lead to the top, accompanied by stone elephants that hold their own lookout party midway up the platform. I just loved Wat Chedi Luang and strolling along the temple grounds. 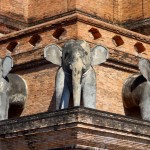 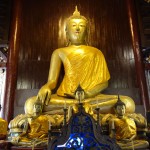 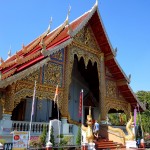 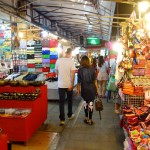 Strolling through one of the many night markets… …they sell pretty much anything and everything! 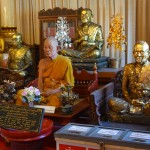 A fiberglass statue of the principal monk… …I wasn’t convinced that he wasn’t real! 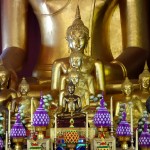 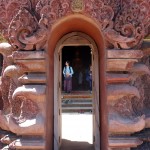 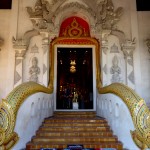 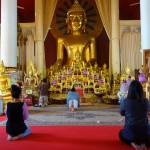 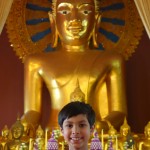 The smiles are uncannily similar… …at Wat Phra Singh 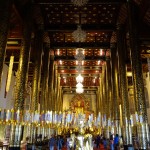 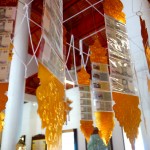 Offerings from the devotees… …garlands made out of Thai baht notes 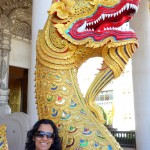 Oh yes, Prachi has this ferocious naga all tamed at Wat Chedi Luang 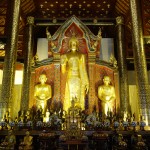 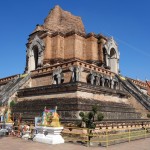 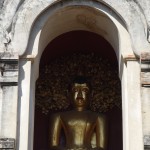 Buddha inside the huge chedi at Wat Chedi Luang 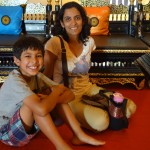 Inside a temple’s viharn (prayer hall)… …taking a break from other viharns! 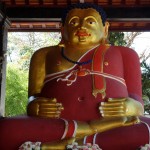 Statue of monk “Tan Pra Maha Kajjana”. He was so handsome that people were attracted towards his good looks; to avoid this trouble, the monk changed himself to a fat, ugly monk! 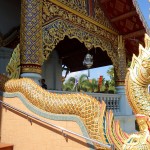 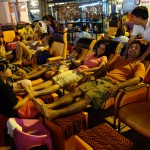 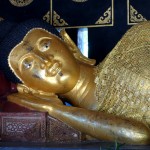 Reclining Buddha on the grounds of Wat Chedi Luang 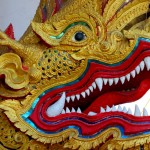 This naga means business… …his look is worse than his bite so beware! 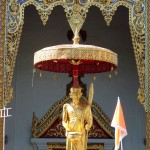 Statue of a monk greets you outside the temple 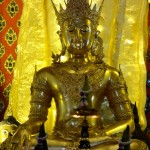 A calm and serene bodhisattva… …how can you not be mesmerized?! 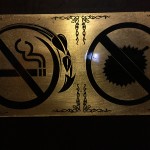 Is it a grenade, is it a starburst… …no, it’s a durian! Durian is considered king of fruits in SE Asia, but most hotels ban it because of its overpowering odor.