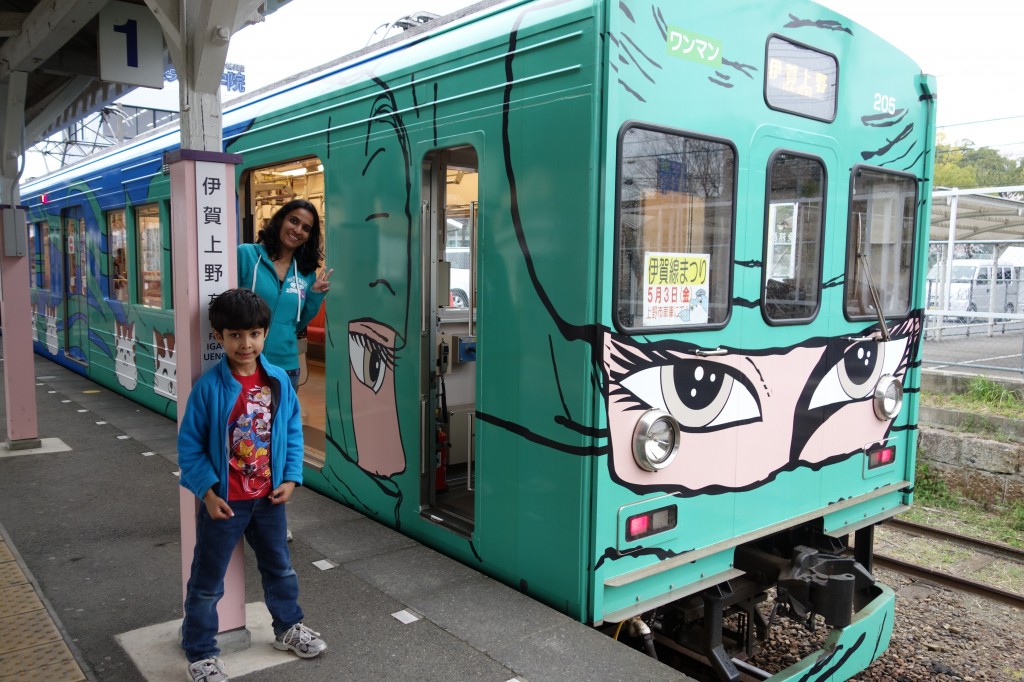 This city isn’t on most itineraries, and wouldn’t have been on mine if it wasn’t for Rohan. He loves ninjas so we made this detour on the way back from Nara to visit the Iga-ryū Ninja Museum. You know you are in the world of ninjas when you board a train (at Iga Ueno Station) that is painted with ninjas on the outside and inside.

The museum isn’t all that much, but the highlight was the Ninja Show—a demonstration of how ninjas used their cat-like moves to defend themselves and used weapons (shuriken, swords, etc) to kill opponents. The dialogue was entirely in Japanese, but based on the crowd applause and laughter, we figured there were some funny one-liners thrown in as well. All of us had a blast. We also did a tour of the Iga-ryū Ninja House that showed how ninjas used hidden doors, traps, fake hallways and escape routes to deceive the enemy.

All in all, it was a long detour, but totally worth the excitement and happiness on Rohan’s face! 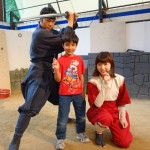 Posing with the performers from the Ninja Show 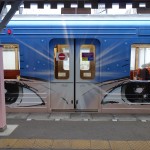 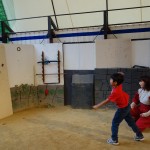 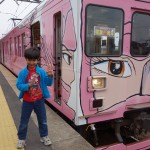 With a girl ninja train 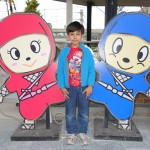