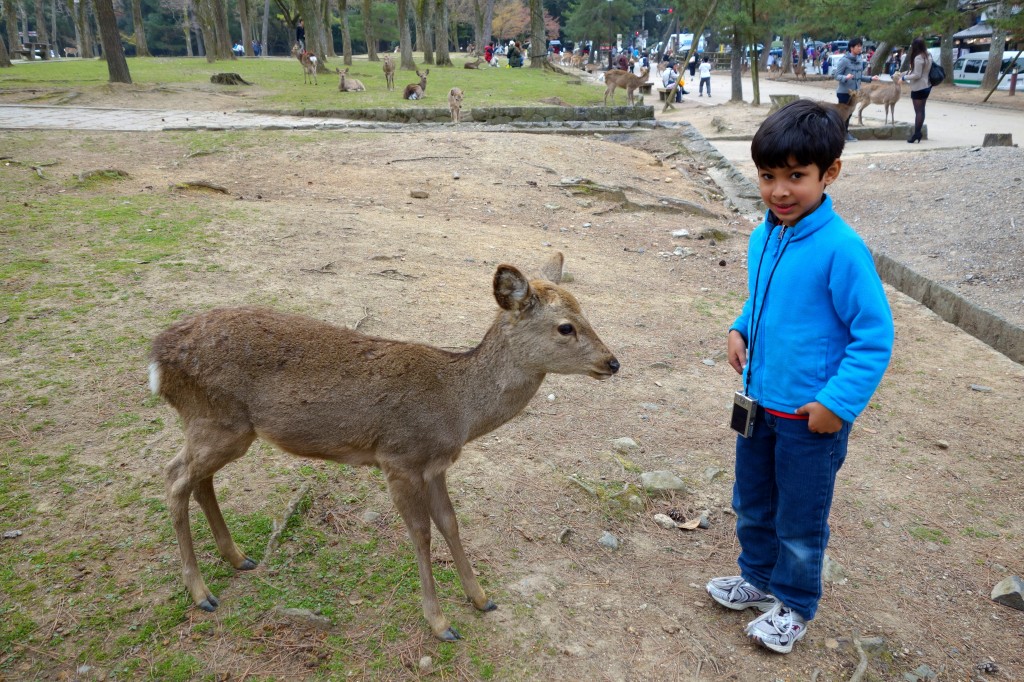 This sika deer seemed intrigued by the paparazzi

Nara is 27 miles south of Kyoto and therefore, just perfect for a day trip. We decided to focus only on the Tōdaiji Temple (752 AD), which in addition to being the largest single wooden structure in the world, is also home to the largest bronze statue of Buddha (49 ft) in the world. The Tōdaiji Temple is listed as a UNESCO World Heritage Site, together with other temples and shrines as “Historic Monuments of Ancient Nara”.

The first thing you notice as you start approaching the temple gate are the numerous Sika deer, regarded as messengers of the gods in the Shinto religion. Prachi and I bought some shika senbei, special crackers for the deer, and as soon as the deer saw the crackers in their hands, they made a dash towards them.

Daibutsu (The Great Buddha) is housed inside the beautiful Daibutsuden (Great Buddha Hall) of Tōdaiji. The black statue is the world’s largest bronze statue of the Buddha Vairocana. And what adds to the whole spiritual and tranquil ambiance is the fact that the entire hall is dark inside. The halo behind the Buddha is made up of smaller bodhisattvas. There is a hole (supposedly the size of the nostril of the Buddha statue) at the bottom of one of the pillars, and as per the legend, if you can squeeze through it, you are granted enlightenment in your next life. I didn’t try it but Prachi and Rohan did, and are now guaranteed to enter the enlightenment phase in their next life! 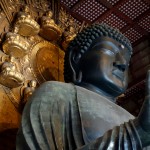 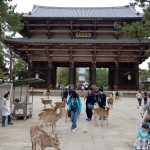 Mobbed by sika deer for crackers outside Nandaimon Gate 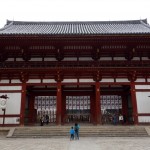 The huge Chūmon Gate (part of the Tōdai-ji temple) 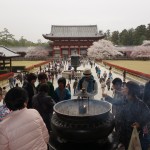 View of the temple grounds from Daibutsuden (Big Buddha Hall) 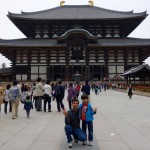 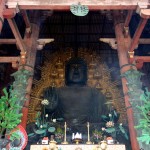 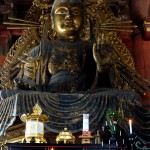 Bodhisattva, next to the Buddha statue 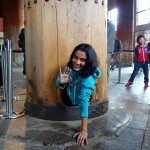 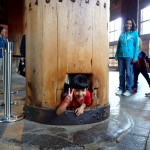 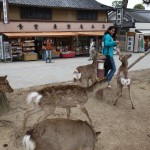