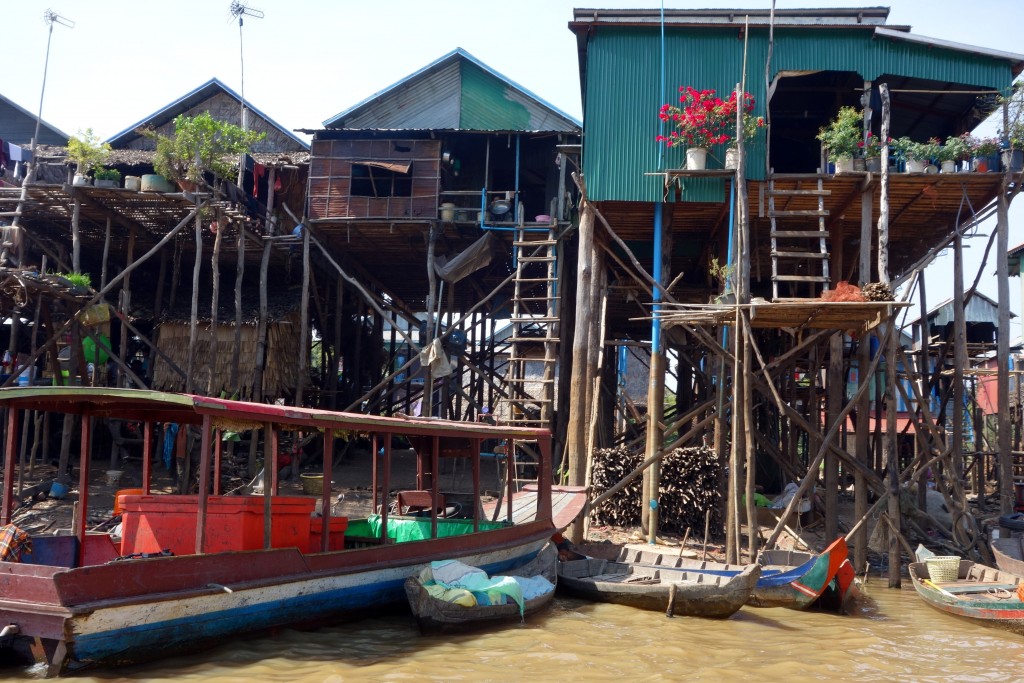 Kampong Phluk, a village built entirely on stilts, is 18 miles southeast of Siem Reap and makes for an exciting but bumpy half-day trip. It was a good break from the city and temples to visit an authentic village on stilts still untouched by the crowds of tourists who visit Angkor.

The entire village is raised on six meter (20 ft) stilts as the river gets flooded during the rainy season. Since we visited during the dry season, the stilts were exposed and we could see houses towering over us and touching the sky. When the Tonle Sap lake/river gets flooded, the water level rises and it appears as if the houses are floating; hence this village is also referred to as a floating village (but it’s really not!).

The boat ride through the village was interesting and showed the daily lives of these villagers up-close—some headed to school, some working on their fishing nets, some fixing houses, some cooking, some washing clothes and some shopping from grocery boats. There were boats galore with kids as young as ten adept at navigating them past some of the river traffic.

Apparently, such villages are common throughout Southeast Asia, and I marveled at this unique concept that tackles the predictable moods of nature and ensures sustainability for the residents to lead normal lives. 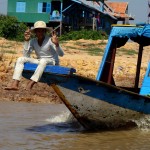 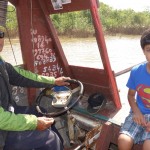 Rohan with our boat driver as we meandered through the village 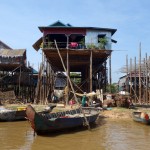 When the Tonle Sap river gets flooded during monsoon, the stilts are hardly exposed 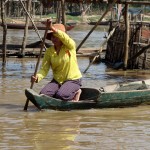 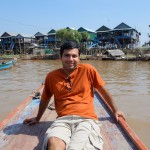 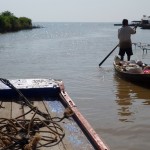 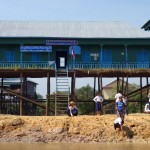 An entire school on stilts… …how cool is that! 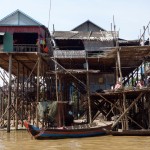 Obviously, all houses have a boat parked in their driveway… … 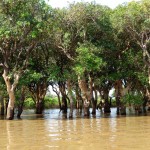 Mangrove trees in the flooded forest 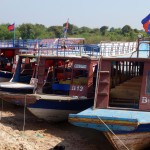 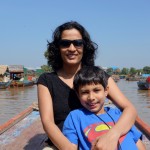 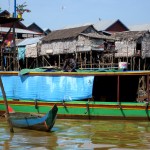 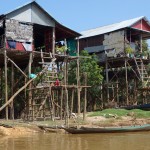 If you visit during August-October, you won’t see much of these 6 m (20 ft) stilts 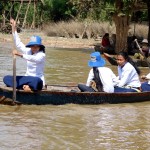 Never have to miss the school bus again… … 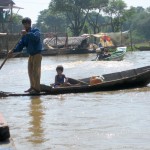 Out for running the daily errands