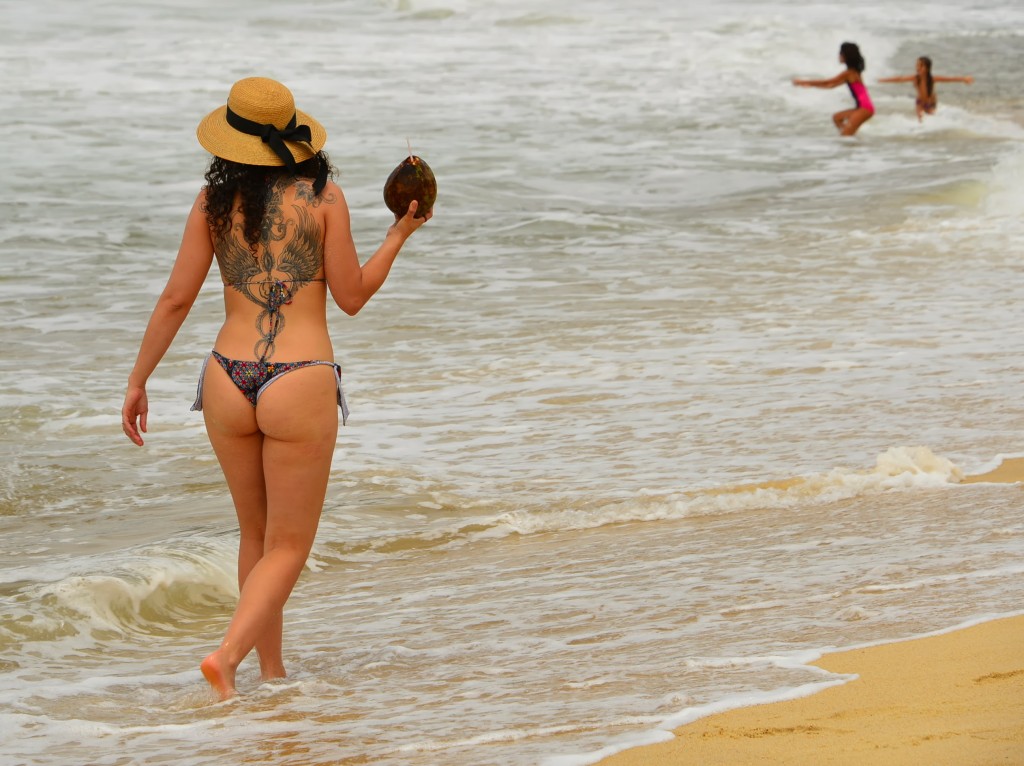 Carioca with a coconut at Ipanema beach

Rohan wanted to visit Rio de Janeiro for the movie, Rio, about the blue macaws while I wanted to visit Rio for different kind of birds… …the ones attracted to beaches! 🙂 To be honest, I’m not a big fan of beaches lined with concrete buildings; I prefer my beaches to be remote and secluded. However, beaches in Rio are not just for swimming; they are for tanning, socializing, playing and people watching. We visited three beaches—Ipanema (my favorite), Copacabana and Leblon—and they were buzzing with activity—volleyball, surfing, swimming, and jogging—with old and young—some shapely and then some out-of-shape! It was hard to avert some of those fit, tanned and attractive bodies in dental floss bikinis, but I learned a lesson—never judge a beach by the concrete buildings next to it; judge it by the well-built bodies next to it!

Going up Corcovado Mountain to see the statue of Cristo Redentor (Christ the Redeemer) was quite an experience. The forecast called for cloudy and rain for all the days we were in Rio so I wasn’t sure if we were going to see the famous statue at all. Immediately after we landed in Rio, I spent an hour on my hotel terrace (direct view of the statue) waiting for the clouds to dissipate but to no avail. Google weather, however, showed the sun breaking through for only an hour so we just decided to take a chance and be there during that hour. Even the ticket office girl (in the city from where you catch a van) stamped “Sem Visibilidade” (that means “No Visibility”) on our tickets and tried to talk us out of making the trip. When we insisted on going, she made sure we understood that we would not be eligible for any refunds because of poor visibility. So we sat in the van and made our way to the top of Corcovado. And unbelievable but true, as we neared the top, the clouds just scattered away exposing a bright blue sky and the statue of Christ the Redeemer welcoming us with his outstretched arms! It was an exciting feeling to be in the presence of this towering 98 feet tall statue gazing down towards the city. The view of the city with its beaches, lagoons, buildings and favelas (slums) was spectacular. Visibility stayed perfect for the next two-three hours and we made our way towards Pão de Açúcar (Sugarloaf) mountain for another stunning view of the city during sunset. With respect to the weather, this was the only accurate forecast by Google weather, because even though every weather app showed cloudy and rain for the next three days, we encountered excellent weather to enjoy time at the beaches as well.

One last note—about safety. Rio is considered a dangerous city because of muggings, robbery and even murder, but we never felt unsafe at any of the popular tourist attractions. Of course, you never enter a favela (slum) unless you are part of a guided tour. I had read that Centro should be avoided on weekends and during non-work hours on weekdays so we did just that. We walked in Centro in broad daylight and did not feel uncomfortable as we admired the sights from the beautiful Candelária Church to the Mayan pyramid-shaped Metropolitan Cathedral of Rio de Janeiro. 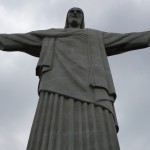 Rio’s most famous landmark—Christ the Redeemer 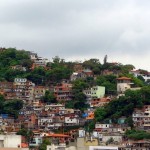 Favelas (slums) on the hill slopes 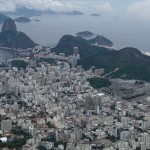 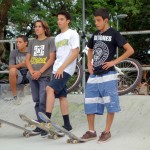 Skateboarders at a local park 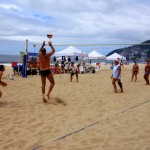 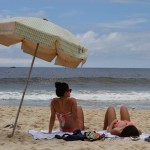 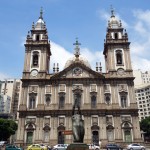 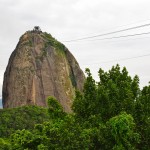 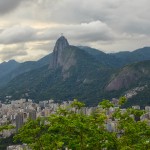 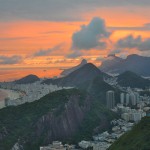 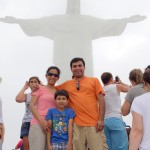 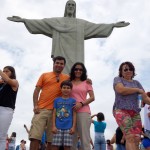 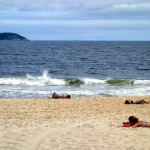 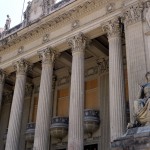 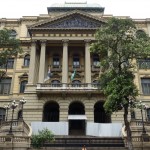 National Library of Brazil in Centro 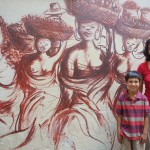 Mural in one of the alleys in Centro 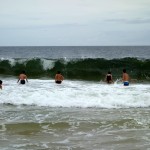 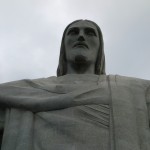 A closer look at the statue of Christ the Redeemer 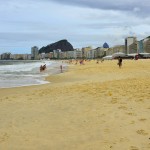 A not-so-busy Copacabana beach on a weekday morning 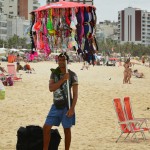 In case you left your bikini at home… … 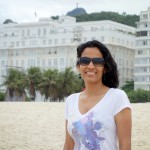 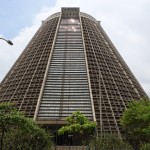 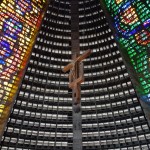 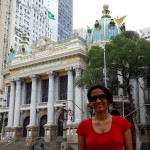 Outside the Municipal Theatre in Centro 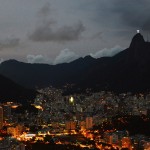 Lit statue of Christ the Redeemer watches over the city 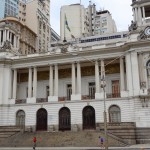 Some government building in Centro 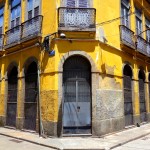 Walking in Centro, you see such gems in the alleys 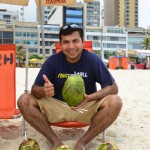 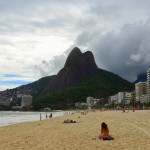