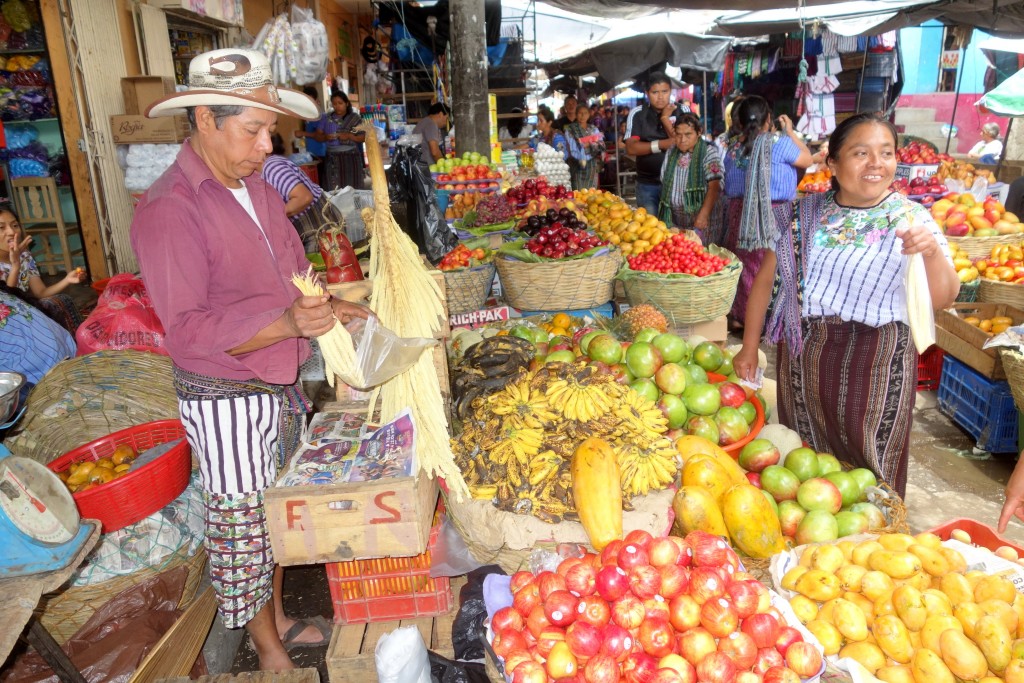 Santiago Atitlán, called Tz’ikin Jaay (means Birdhouse) in Tz’utujil, is a rustic Mayan village on the shores of Lago de Atitlán (Lake Atitlán). We got here by a boat from another Mayan village, San Pedro La Laguna. This was a whirlwind trip, across Lake Atitlán, of three Mayan villages (other two being San Juan La Laguna and San Pedro La Laguna ) so Prachi was nervous about her sea sickness acting up. Her “seasick wrist bands” and ginger candy had helped her thus far so it was quite a relief as our small boat docked at the busy village harbor. 3 down, 0 to go! Well, not quite since we still had to return to Panajachel from here. Our plan was to return to Panajachel by early afternoon as xocomil (means “the wind that carried away sin” in Kaqchickel language) that blows in at that time makes the waters very rough.

However, what blew us away was the legend of Maximón—Maximón is considered a saint, a Mayan God, Satan, as well as a bully who dresses like an 18th-century pimp and smokes a cigar! Thankfully, Maximón is a status and not a living entity because I do not know who’d have the guts to face such a flamboyant character. Especially after you hear the legend that long time ago, Maximón slept with all the women while their husbands were out working, only to have his arms and legs chopped off by furious husbands!! So fascinated with this engaging story, we set off to see this character… …

During Semana Santa (Holy Week), the Maximón’s statue is moved from one house to another so it was a long walk to get to his latest pad (read as “a very decrepit house”). The walk, however, was interesting as our guide took us through the parks and squares where locals gather, and through markets that provide a colorful display of fruits, vegetables and alcohol. Life was on as usual for everyone around us, and these are the glimpses that help you learn about and appreciate different life styles and cultures.

As we neared a beat-up looking house, our guide motioned for us to enter through a narrow passage that led to an open door. And in there, in a dark room, we stood in the presence of Maximón. Donning a wide-brimmed hat, smoking a cigar and wearing numerous silk scarves and ties, Maximón greeted everyone with a blank stare as people offered money and bowed to his effigy. He was just content puffing his cigar as alcohol bottles rested around him! On either side were attendants who keep the house (shrine) in order and are more than willing to extend their hand for offerings. It was a comical scene, but one that I treated with due respect. Really, if majority of this world can believe in some old, fat bearded guy dressed in a red suit who manages to slip up and down every single chimney doling out presents in one single night, who am I to judge an effigy of a morally corrupt debaucher who takes pride in dressing gaudily and exhibiting every vice known to mankind? In fact, the thought of a guy smoking and drinking and wandering from one house to another is a lot more believable than a guy flying in the sky with reindeer!

All in all, this was a truly unique trip that included not just the colors of the Mayans, but provided a window into their world of beliefs. 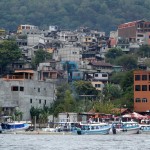 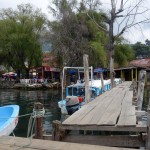 The boardwalk was as rickety as it could be so the walk from the boat to land was quite an adventure! 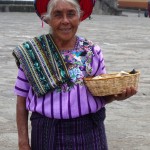 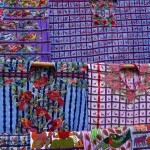 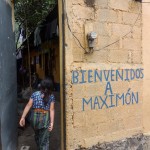 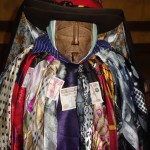 Maximón… …I wasn’t kidding when I wrote he dresses like an 18th-century pimp and smokes a cigar! 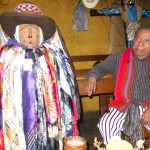 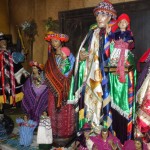 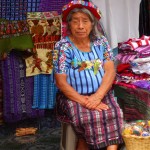 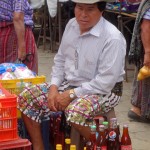 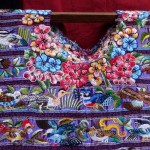 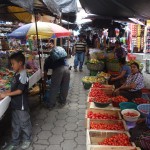 Walking through a local market 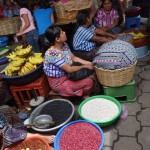 Sellers at the local market 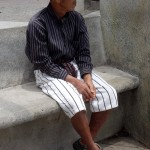 Relaxing by himself… …enjoying the solitude! 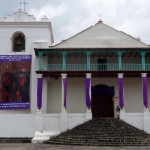